LMAO: Russian Ship Gets Sunk By Angry Walrus… No This Isn’t Satire 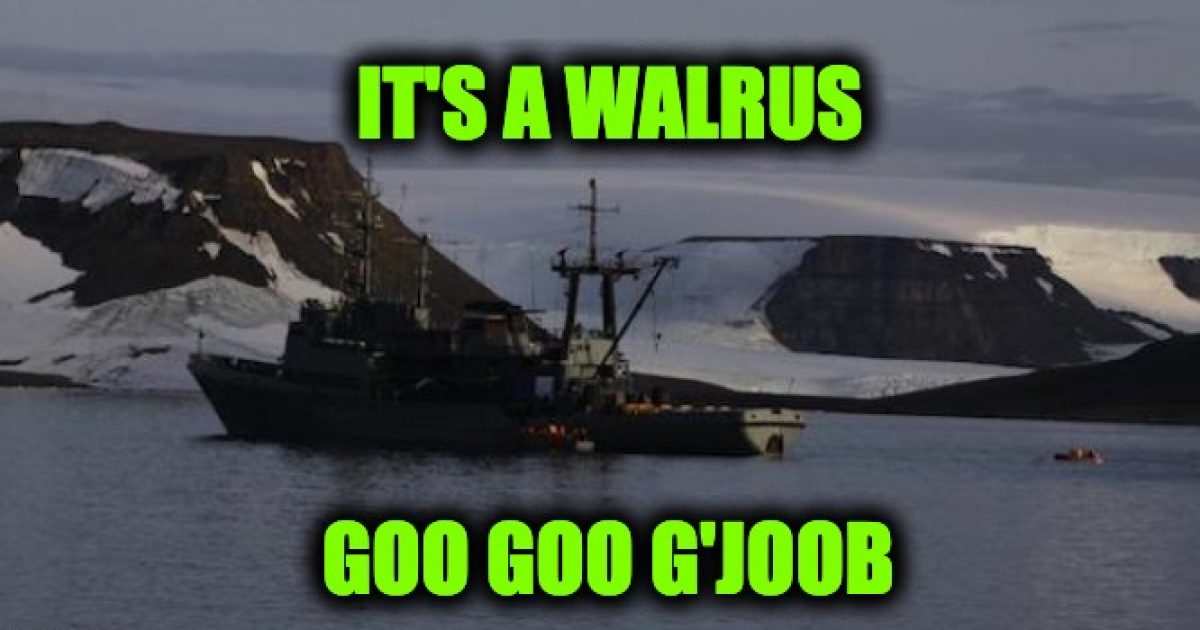 Leave it to Nature to find a way to give us all a much-needed comedic break from the never-ending DC circus.

The Russian fleet has just suffered a tragic loss. One of their ships was sunk… by an angry walrus. The good news, that lets us laugh freely at this story in clean conscience, is that nobody was killed or even injured.

When landing a group of researchers of the Integrated Expedition of the Northern Fleet at Cape Geller, with the participation of the Center of the Russian Geographical Society in the Northern Fleet, a scientific and media group of the Russian Geographical Society, walruses attacked the participants’ boat. She probably did it, fearing for her cubs. The boat sank, but the tragedy was avoided thanks to the clear actions of the squad leader. All the landing participants safely reached the shore.

But as they were going ashore did they hear anything from their attackers, such as “I am the walrus, goo goo g’ joob?”

It isn’t as though it took down a battleship or anything, but even having a landing craft sunk by an angry animal is a funny story.

According to the Russian Ministry of Defense, the female animal was protecting its calves when it targeted the craft carrying researchers to the shore of Cape Geller in the Arctic.

Those on board were members of a joint expedition by the Northern Fleet — Russia’s naval fleet in the Arctic — and the Russian Geographical Society (RGO).

The ministry said: “Serious troubles were avoided thanks to the clear and well-coordinated actions of the Northern Fleet servicemen, who were able to take the boat away from the animals without harming them.”

The RGO explained in a statement that the boat had “sunk” but confirmed that everyone had reached shore safely.

“The incident is another confirmation that no one is expecting humans in the Arctic.”.

What was a joint venture between Rusian military and scientists doing out in Walrus Country, or more specifically, ‘Franz Josef Land archipelago’?

And a possible fourth reason, to piss off a mother walrus.