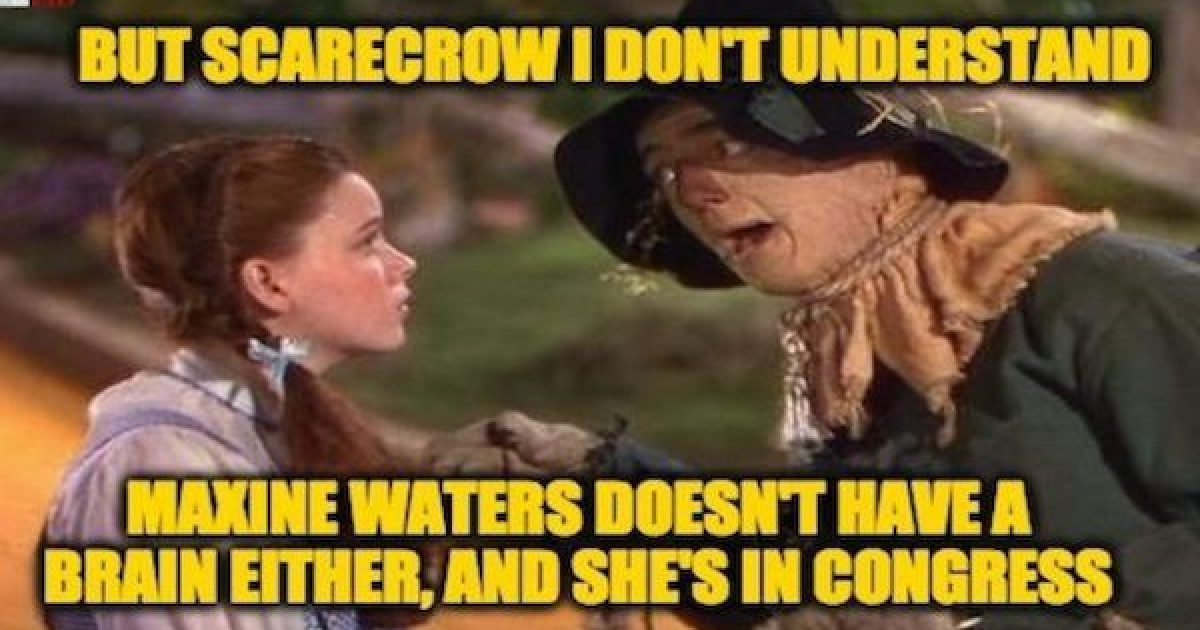 As reported at The Lid Thursday,  GOP senators, including Orrin Hatch, Lindsay Graham, and Mike Lee, were doxxed right after the hearing which Judge Brett Kavanaugh and Dr. Ford testified. According to some reports, the computer used to release the private information was one associated with the House of Representatives, and a followup suggested it was a computer used by a staffer working for Rep. Maxine Waters, D-Calif.

I’m hearing these IPs are traceable to a staffer in Maxine Waters’ Office. https://t.co/kppNYw8pPh

UPDATE: I have reached out to Kathleen Sengstock, the Maxine Waters staffer who is associated with the House of Representatives IP address used to dox the Republican Senators.

She was very nervous. She said she is not authorized to comment & said to call Maxine Waters PR office. pic.twitter.com/rWqM2kgpf8

Waters, however, angrily denied the claim on Saturday.

“Lies, lies, and more despicable lies. I am utterly disgusted by the spread of the completely false, absurd, and dangerous lies and conspiracy theories that are being pedaled by ultra-right wing pundits, outlets, and websites who are promoting a fraudulent claim that a member of my staff was responsible for the release of the personal information of Members of the United States Senate on Wikipedia. This unfounded allegation is completely false and an absolute lie,” she said in a statement posted to her official site.

“The United States Capitol Police and our internal IT specialist have determined that the IP address in question does not belong to my office or anyone on my staff. The member of my staff – whose identity, personal information, and safety have been compromised as a result of these fraudulent and false allegations – was in no way responsible for the leak of this information. My office has alerted the appropriate authorities and law enforcement entities of these fraudulent claims. We will ensure that the perpetrators will be revealed and that they will be held legally liable for all of their actions that are destructive and dangerous to any and all members of my staff,” she added.

Keep in mind this is the same Maxine Waters who has spent nearly the last two years spreading conspiracy theories about President Trump and Russia, demanding that he be impeached for practically everything.

She’s also spent a great deal of time inciting violence against those who support the president, encouraging supporters to harass members of Trump’s cabinet in public.

Several people suggested that Maxine Waters should be subject to the same rules as Judge Kavanaugh:

This denial is angry. This suggests she doesn’t have the temperment to be a Member of Congress. When someone is accused of something they didn’t do, they must not be angry. They must not be defiant. They must not question the motives of the accuser. They must be calm and serene. https://t.co/IcMiozv5mk

I believe the accusers! She must be guilty. Open an FBI investigation into her and her staff.

You seem angry.
You don’t possess the disposition to be a member of Congress.
The accuser must be believed.
As the accused, you must remain calm.
No one has come forward to verify your statement.
Therefore, you are guilty.
Welcome to the new #Democrat rules.

It’s a new day. We have an accusation. You did it. Now resign.

How does it feel to be accused??? pic.twitter.com/kipfz7oqPA

You can’t just dismiss this.

You have to prove your innocence.

So do your staffers.

Those are the rules you set forth for soon to be JUSTICE Kavanaugh.

Play by the rules.

Prove to everyone you are innocent.

Until you do that you are all guilty.

Was the doxing from her office or not?  I think she should be considered guilty until we get a ruling from Supreme Court Justice Kavanaugh