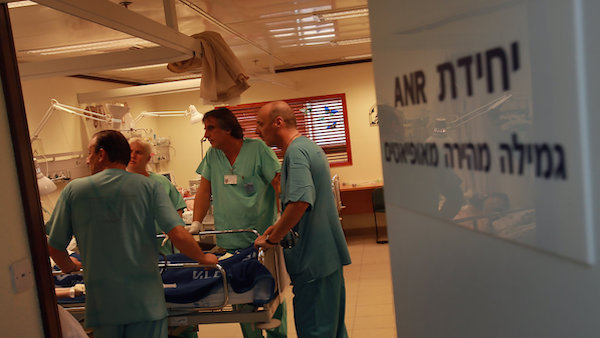 This is one of those stories that make you wonder if it’s true…..but it is. Troubled, but very talented Singer Amy Winehouse is on her way to Israel, FOR REHAB. She is going to Tel Aviv to be treated for Drug Addiction via a special withdrawal treatment called the Waismann Method. With this method, withdrawal is medically induced while you are under anesthesia. Apparently, you are all withdrawn in less than seven hours. As part of the rehab, Dr. Andre Waismann says he also encourages a lot of sex to stimulate endorphins. More on this one below”

Amy Winehouse is to go to Israel for drug rehabilitation, the JC can exclusively reveal, write Michal Levertov in Tel Aviv and Candice Krieger. A senior Israeli official confirmed to this newspaper that the singer, who is battling a well-documented drug addiction, will fly to Israel within weeks to undergo treatment at an Israeli clinic.

Eliezer Cohen, chairman of the Israel Anti-Drug Authority, which operates under the auspices of the Prime Minister’s Office, said that Ms Winehouse, 24, will arrive in Israel for “medical care, which is a very short, intensive and effective treatment”. He said the therapy was agreed when Ms Winehouse’s representatives contacted an Israeli specialist. Mr Cohen said: “They spoke to a renowned Israeli institution and an Israeli professor who conducts a very special and effective method. She [Ms Winehouse] has requested to come to him to do this method, since it’s a method that is suitable for her.”

The JC understands that Ms Winehouse will be treated by Dr. Andre Waismann, head of the opiate-dependency unit at the ANR clinic at the Barzilai Medical Centre in Ashkelon, a city frequently under Kassam rocket attack.

Dr Waismann’s “Accelerated Neuro-Regulation” (ANR) method aims to reverse both the drug addiction and its symptoms.

The patient is put under anaesthetic for between five and six hours while Dr Waismann cleans and blocks the opioid receptors. They then experience an intense period — hours instead of days — of withdrawal symptoms, which occur while they are anaesthetised.

The patient is then hospitalised for around 36 hours. On discharge, they undergo a period of medication to keep the opioid receptors blocked and prevent further cravings. Dr. Andre Waismann, who is due in London next week, said: “All of my patients are discharged healthy and no longer dependent. There is a misunderstanding about drug addiction. People think it is a social and psychological problem, but it’s a neurological problem.

“Whether it’s Amy Winehouse or anyone else, it is a privilege to be able to treat anyone who is opiate-dependent, and allow them to live a normal life.”

Dr Waismann, 50, first developed the technique —which costs around £6,400 for private patients coming from abroad — 10 years ago. He says he has since treated more than 10,000, 60 per cent of whom have been heroin addicts.

Ms Winehouse, worth an estimated £10 million, according to this year’s Sunday Times young music Rich List, had reportedly planned to have rehab at the ANR Clinic last December, but did not turn up. Her decision to do so now is likely to please her family, friends and record label, who have reportedly been advising her to seek help.

Last August, she was admitted to the Causeway clinic, just outside London, following an apparent overdose. In January, she was treated at London’s Capio Nightingale Hospital, after a video of her smoking crack cocaine at her home was made public.

Eliezer Cohen, a veteran IDF pilot and a former member of Knesset for right-wing parties Ichud Leumi and Yisrael Beitenu, has great plans for Amy. He says that ever since he was told about her trip to Israel, he has paid attention to her music. “She’s a singer, a performer, par excellence.”

He has approached a “famous Israeli poet” and asked her to translate Ms Winehouse’s song Rehab into Hebrew. “I have instructed the translator to give the text a twist that would alter the hit into an anti-drug song, which we’ll give her to sing in Hebrew or in English.”

He already envisions “the logo and the headline: ‘The queen of drugs, whose song declaring that she’d continue to use drugs is sung by all the world, is forced to hospitalise herself for drugs cleansing’.”

Should the Grammy winner be willing to participate in Mr Cohen’s big plan, this version of the hit would make her, he believes, a “new type of role model”.

Her press officer, Chris Goodman, however, knocked down the Israelis’ expectations. He said: “There’s nothing planned. I’ve heard the story before, that it’s something we planned a long time ago. I don’t think it will ever happen.

Day One: Arrival at the Barzilai Hospital. Amy will be assessed and have the medical procedure explained to her. Then she will have to fast.

Day Two: Under anaesthetic, her drug receptors will be blocked.

Day Three: She will be encouraged to eat, and slowly return to normal physical activities. She will be discharged to a hotel around midday, with a clear nutritional schedule to heal the digestive tube, typically very dry from the drugs.

Days Four, Five and Six: She should continue to eat well and begin swimming and walking to enhance her mental state. Dr Waismann says he also encourages a lot of sex to stimulate endorphins, further improving psychological status. She will continue to rest and recuperate while working with Dr Waismann to create a good-life plan, specific to her individual needs.