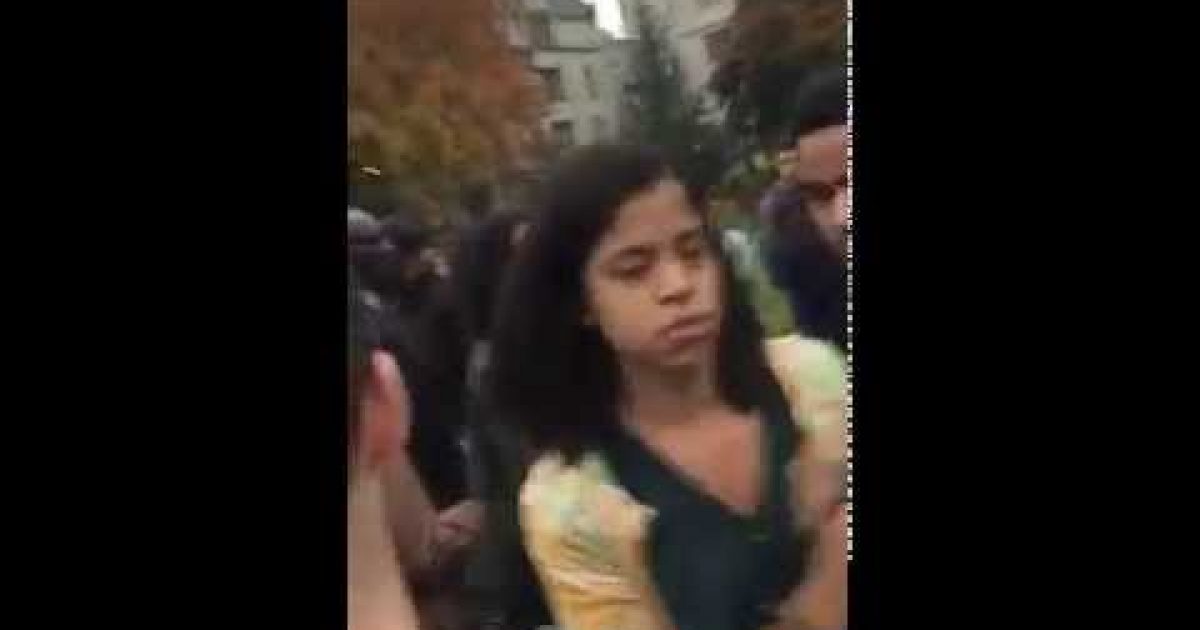 If you’re outraged and don’t know why, but, since your BFFs are, you are too, then this column is for you.

Trigger warning: If you’re one of those precious little snowflakes who #StandWithMizzou and support the #MillionStudentMarch, be warned: the following contains potentially “hurtful” microaggressions that may invade the reality-free sanctuary of your Safe Space™ and leave you cowering in the fetal position.

If this is you, then read at your own risk.

At the heart of all this is rebellion for the sake of rebellion. It was bad in the ’60s, but it’s far worse now. At least in the ’60s the misguided revolutionaries had the courage of their convictions and would face-down the National Guard. Today, they flee, arms in the air, for their Safe Space™ vacuum chamber.

Ayn Rand once wrote, “You can avoid reality, but you cannot avoid the consequences of avoiding reality.”

Those consequences are on display now.

It’s been said – by whom I don’t recall – that, to conservatives, George Orwell’s “1984″ was a cautionary tale. To “progressives,” it’s a how-to manual.

You thought last week’s outburst of faux outrage on America’s liberal college campuses was something new. It’s not. While it looks a bit like the counter-cultural hippie revolution of the 1960s (that’s the esthetic they’re going for), today’s “Million Student March” and the other race-baiting, “white privilege,” hissy-fit “protests” at Mizzou, Yale and elsewhere, don’t characterize the counter-culture at all. They are the culture. Conservative truth-tellers now represent the counter-culture.

Indeed, the neophyte Millennials raising their arms in the clenched fist salute (also known as the “Red Salute” by cultural Marxists such as the Soviet Bolsheviks during the Russian Civil War and Mao Tse-tung during the Chinese Civil War) are, unwittingly, conforming, en masse, to the empty romance of “progressive” non-conformity. Freethinkers? Hardly. These kiddos need an instruction manual for toilet paper. Cute as the little buggers may be, they’re but a gaggle of self-entitled, uber-naïve, malleable Marxist robots.

It’s eerily reminiscent of Chairman Mao’s youthful Chinese “Red Guard” (1966-76). As Encyclopedia Britannica notes, under Mao’s Communist regime, “groups of militant university and high school students [were] formed into paramilitary units as part of the Cultural Revolution.” These easily manipulated young people (sound familiar?) who responded “to his summons fancied themselves as new revolutionary rebels pledged to eliminating all remnants of the old culture in China, as well as purging all supposedly bourgeois elements within the government.” Mao sought to abolish what he called the “Four Olds”: old customs, old culture, old habits and old ideas.

How “progressive” of him.

“While engaging in marches, meetings, and frenzied propagandizing,” concludes Britannica, “Red Guard units attacked and persecuted local party leaders as well as schoolteachers and school officials, other intellectuals, and persons of traditional views. Several hundred thousand people died in the course of these persecutions.”

America’s Red Guard is just warming up. These “progressive” puppets protest everything at once and nothing at all. They demand – hey, hey, ho, ho – that their liberal mentors move with them from the leftward fringes, straight off the cliff’s edge.

And so the grown-ups bow to the babes and resign, cower, coddle and apologize, feeding this suckling Bratzilla with the mother’s milk of weakness. Rather than placating these already overindulged beasts, it only makes them stronger and encourages them to issue additional, and increasingly absurd, demands.

As long as we allow business as usual in this collegiate shop of horrors, these cultural Marxist change agents will keep manufacturing fake racial incidents, anti-LGBT “hate crimes” and any number of similarly ridiculous, yet equally effective, pretexts for remaining perpetually POed.

Until the adults put the children in time-out, this destructive astroturf movement, with it’s delicate, yet blindly determined little flowers, will continue to blossom.