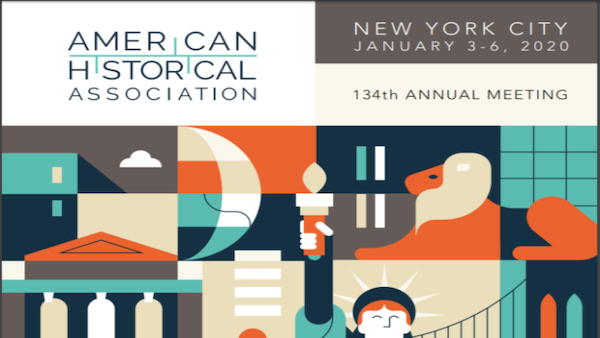 “This is a shocking betrayal of the majority of pro-Israel historians,” said Moshe Phillips, national director of Herut North America, an American Zionist activist movement.

The two resolutions, which falsely accused Israel of mistreating Palestinian Arab academics, were introduced at the historians’ conference in New York City on January 5, 2020. They were defeated by votes of 80 to 41, and 61 to 36.

The resolutions were authored by anti-Israel historians affiliated with the radical group Historians for Peace and Democracy (H-PAD). That group endorsed anti-Israel pro-BDS extremism back in 2014.

Herut has learned that three prominent historians who opposed the anti-Israel resolutions have now backtracked. Sharon Musher of Stockton University, David Greenberg of Rutgers University, and Alice Kessler-Harris, formerly of Columbia University, sent an email on January 7 to other opponents of the resolution, announcing that they “plan to approach H-PAD to see if we might jointly pursue constructive strategies to support our shared concern for the free movement of all scholars and students, including Palestinians.”

“We plan to approach H-PAD to see if we might jointly pursue constructive strategies to support our shared concern for the free movement of all scholars and students, including Palestinians. We hope that these initiatives will encourage a moratorium on repeated submissions of similar and previously rejected resolutions.”

“It’s outrageous that these supposedly pro-Israel historians are planning to collaborate with the pro-BDS extremists of H-PAD,” said Phillips. “Their letter strongly implies that they agree with H-PAD’s false accusation that Israel persecutes Palestinian Arab academics.”

In their letter, Musher, Greenberg, and Kessler-Harris say they “hope” that if they collaborate with H-PAD in criticizing Israel, that “will encourage a moratorium on repeated submissions of similar and previously rejected resolutions.”

Phillips commented: “There is no need to cower in fear at the prospect of H-PAD introducing resolutions. Of course, they will continue introducing resolutions—because that is what Israel-haters do—and opponents will have to combat them with the power of historical truth. You can’t appease Israel-bashers by joining in their attacks on Israel. Appeasement never works, historians of all people should know that.”

The BDS movement is not only anti-history, and anti-Israel, but it is anti-Semitic.

The BDS movement has just one purpose, to delegitimize Israel and to deny the Jewish people their right to self-determination. The present leaders of the BDS movement support a “one-state solution,” with the intention of destroying Israel as the Jewish state.  Both the U.S. State Department has declared that denying that the Jews have the right to have their own country, is a form of Antisemitism. Pope Francis agrees. He said, ”Whoever does not recognize the Jewish People and the State of Israel falls in Antisemitism”

Moshe Phillips is the national director of Herut North America’s U.S. division and a candidate on the Herut slate in the 2020 World Zionist Congress’s US elections. The Lid, (Jeff Dunetz) supports Herut and joins him on the slate  Herut is an international movement for Zionist pride and education and is dedicated to the ideals of pre-World War Two Zionist leader Ze’ev Jabotinsky. Herut’s website is https://herutna.org/

PLEASE Pre-register today to vote in the World Zionist Congress elections at us.voteherut.com – Stand Up For Israel! Elections in the US are starting later this month! (Fill in Jeff Dunetz as your representative)