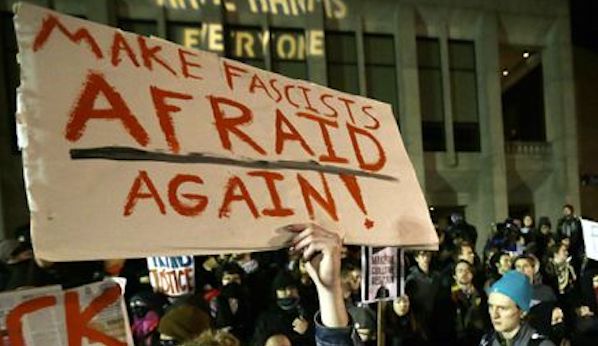 Earlier this week, I came across a fascinating and harrowing demographic report from the Center for the Study of Partisanship and Ideology, analyzing “elite” college students’ political biases.

It explains that college campuses are left-wing — shocker, I know — but moreover, it exposes what happens when insular college students hold absurdly unrepresentative viewpoints.

Across dozens of pages, the report unveils that these students live for several years on an island where religion is shunned, and race somehow correlates directly with political ideology. The gender gap is nearly five times larger than in the general population — as more men wisely eschew college.

And this matters. Remember, despite their naiveté and limited life experience, college students and recent graduates, unfortunately, have an outsized effect on politics.

They frequently work on and eventually lead political campaigns, so if collegians or graduate students tend to be more liberal, Democrat and Republican campaigns are staffed by people more left-leaning than their constituents.

But in practice, there’s also a difference.

Democrat campaign operatives, on the other hand, are overwhelmingly sheltered. They avoid conservatives; they learn to only speak progressive and don’t realize how unrepresentative they are of their voters. As campaign advisors, they wrongly cater to fringe people they’ve been surrounded by during and after college.

This is why gullible “moderate” Democrats like President Joe Biden and others eventually govern more like socialist Bernie Sanders once in office.

The “demographics is destiny” balderdash that caused leftists to arrogantly believe they would have a perpetual governing majority in places like Florida and Texas caused Republicans to pursue ill-fated reforms in their 2012 election “autopsy.” But that only could occur if Democrats continued to appeal to blue-collar voters. They would not, and the Obama coalition fell apart.

Back to the study, its author, Eric Kaufmann, Professor of Politics at the University of London, wrote tellingly:

“Liberal arts colleges are the least politically diverse. Many have almost no conservatives and thus very low viewpoint diversity. But they have high sexual diversity, at nearly 40 percent LGBT. And somehow, one in three students and nearly the same share of academic staff in Social Sciences and Humanities fields identify as the furthest left point on a conservative-liberal scale; this means these voters, campaign staffers, and candidates are spending four years in a parochial community more delusional than any congressional district.”

Without belaboring, I will add that Kaufmann notes how students are more diverse regarding sexual orientation and religion than the American public.

He explains how gender and race are more important determinants of party identification among students than the wider public, where it’s mainly immaterial.

Religion and sexual orientation hold predictive power for university students, but the massive share of irreligious and homosexuals among elite students elevates their importance in predicting political beliefs.
[
Also noteworthy is how few conservatives there are among minority students compared to the entire minority public, where Republicans have made inroads among adult minorities. It’s very telling when nearly 40% of minorities outside the university identify as conservative compared to just over 10% on campus.
x

The report is more than 10,000 words and worth a full read with a glass of bourbon and some brisket one evening. The bottom line is that while Americans self-segregate to a degree, colleges have never churned out more people with no understanding of half the country, and that’s a horrifying stain on academia.