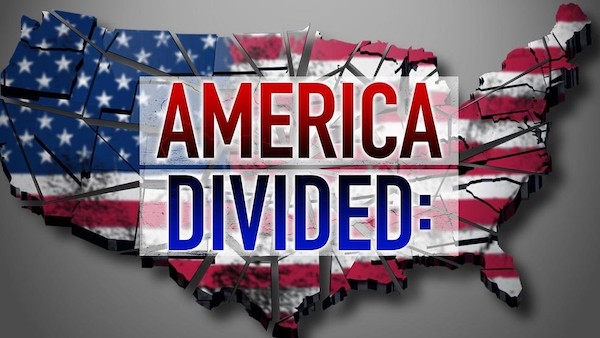 A new Rasmussen survey released Tuesday revealed 54 percent of likely voters believe “we have become a more divided nation since the election, and only 15% say America is now less divided.”

“Twenty-nine percent (29%) say the level of division is about the same as it was before the election,” Rasmussen said. “There is substantial agreement across party lines that America has become more divided since Election Day. Sixty-six percent (66%) of GOP voters say the nation is now more divided, as do 40% of Democrats and 55% of unaffiliated voters. Only 21% of Democrats say the nation has become more united since Biden’s election, a belief shared by 9% of Republicans and 14% of unaffiliated voters.

However, there is an even more alarming poll result.

According to Rasmussen, 47 percent of survey respondents believe Joe Biden is not really doing the job of president, while an equal number say he is. The doubters believe “others are making decisions for Biden behind the scenes.”

This poll underscores what many have been observing about Biden’s demeanor and alleged disorientation in recent weeks. During an appearance in Houston, he asked, “What am I doing here?” and then added, “I’m going to lose track here.”

The Express, a British news agency, has been tracking Biden’s flubs. Last year in the days leading up to the presidential debate, radio host and columnist Howie Carr wrote in the Boston Herald in which he nicknamed Biden “Dementia Joe.”

That theme carried into this year, with Carr once again unloading on Biden’s communication difficulty, quoting some of his remarks. While Biden used to be known for his frequent gaffes, he increasingly sounds somewhat disoriented.

The Rasmussen survey revealed the obvious: “Republicans are more likely to doubt that Biden is really doing the job of president. Seventy-five percent (75%) of GOP voters say others are making Biden’s decisions behind the scenes. However, that view is shared by 56% of voters not affiliated with either major party, and even 15% of Democratic voters believe others are making decisions for Biden behind the scenes.”

This contrasts with how a majority of Democrats feel, according to Rasmussen.

“Eighty percent (80%) of Democrats say Biden is really doing the job of president,” Rasmussen reported, “as do 20% of Republicans and 35% of unaffiliated voters.”

In Rasmussen’s daily presidential tracking poll, 51 percent of likely voters approve of the job Biden is doing while 47 percent disapprove.