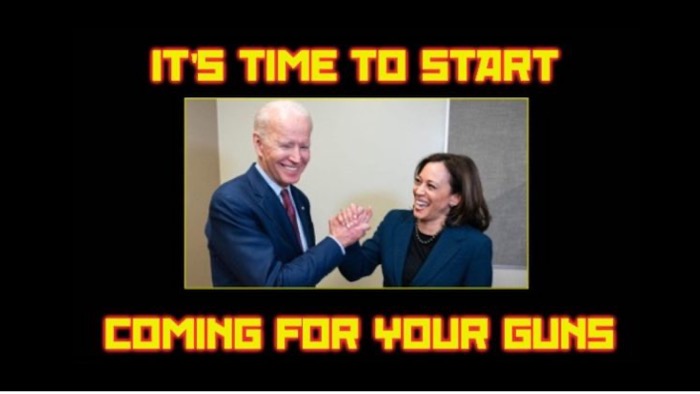 The Second Amendment Foundation announced Thursday it had reached a milestone, having conducted the longest-running pro-gun rights television advertising campaign in history. Next week will see the organization’s updated 60-second message on several new outlets.

At the heart of this message is a video clip of Joe Biden admitting he wants to ban semi-automatic rifles and 9mm pistols. Gottlieb told Conservative Firing Line the video is devastating “because it’s not us making an accusation, it’s Biden, himself, saying it before a live television audience.”

SAF advertising has been running for 18 continuous weeks, reaching more than 80 million people, some multiple times. The advertisement has aired more than 800 times, Gottlieb said.

This landmark comes just days after SAF did what it does best: engaging in the legal process. SAF announced it had filed an important amicus brief with the Ninth U.S. Circuit Court of Appeals in San Francisco in a case known as Yukutake v. Hawaii. It is a case challenging two “cumbersome” Hawaii statutes that plaintiffs allege are “undermining” their Second Amendment rights. SAF is joined in the brief by the Madison Society Foundation.

According to the 13-page brief filed by veteran civil rights attorney Don Kilmer, to buy a gun, the purchaser must first go to the police station to apply for a purchase permit. Then the applicant must wait 14 days for a background check to be conducted to get the purchase permit. Next, the buyer must go back to the seller, show the permit—which is only good for ten days for a handgun and one year for a long gun—complete the transaction, and within five days bring the firearm back to the police station for inspection.

“The state of Washington hereby fully occupies and preempts the entire field of firearms regulation within the boundaries of the state, including the registration, licensing, possession, purchase, sale, acquisition, transfer, discharge, and transportation of firearms, or any other element relating to firearms or parts thereof, including ammunition and reloader components. Cities, towns, and counties or other municipalities may enact only those laws and ordinances relating to firearms that are specifically authorized by state law, as in RCW 9.41.300, and are consistent with this chapter. Such local ordinances shall have the same penalty as provided for by state law. Local laws and ordinances that are inconsistent with, more restrictive than, or exceed the requirements of state law shall not be enacted and are preempted and repealed, regardless of the nature of the code, charter, or home rule status of such city, town, county, or municipality.”

The case took four years to wind through the legal process. The SAF/NRA team won at every turn, first in the trial court, then unanimously at the state Court of Appeals, and finally with another unanimous opinion from the state Supreme Court. SAF and NRA are also suing the City of Seattle over adopting a nearly identical ordinance—mandating so-called “safe storage”—and with this ruling, Seattle’s ordinance is nullified.

Many in the firearms community believe this should have been the job of the Washington Attorney General’s office because it involves the defense of the state preemption statute.

SAF’s updated television message has not only hit a milestone, it hits a nerve in the gun prohibition camp because it captures Biden’s own words about banning the two most popular firearms in the U.S., modern semi-auto rifles—falsely maligned as “weapons of war”—and typical 9mm semi-auto pistols. It reveals Biden as the gun banner he has always been despite his occasional claim to be a gun owner who supports the Second Amendment. The video demolishes Biden’s claim, and he cannot deny saying it, because he’s captured in the video saying it.

“The response from people calling our ‘800’ number is up over 25 percent since Russia invaded Ukraine,” Gottlieb revealed. “Americans were quick to understand the importance of our Second Amendment after watching the outrage in Eastern Europe, and they also realize the threat Biden and his cronies pose as they attack our gun rights.”