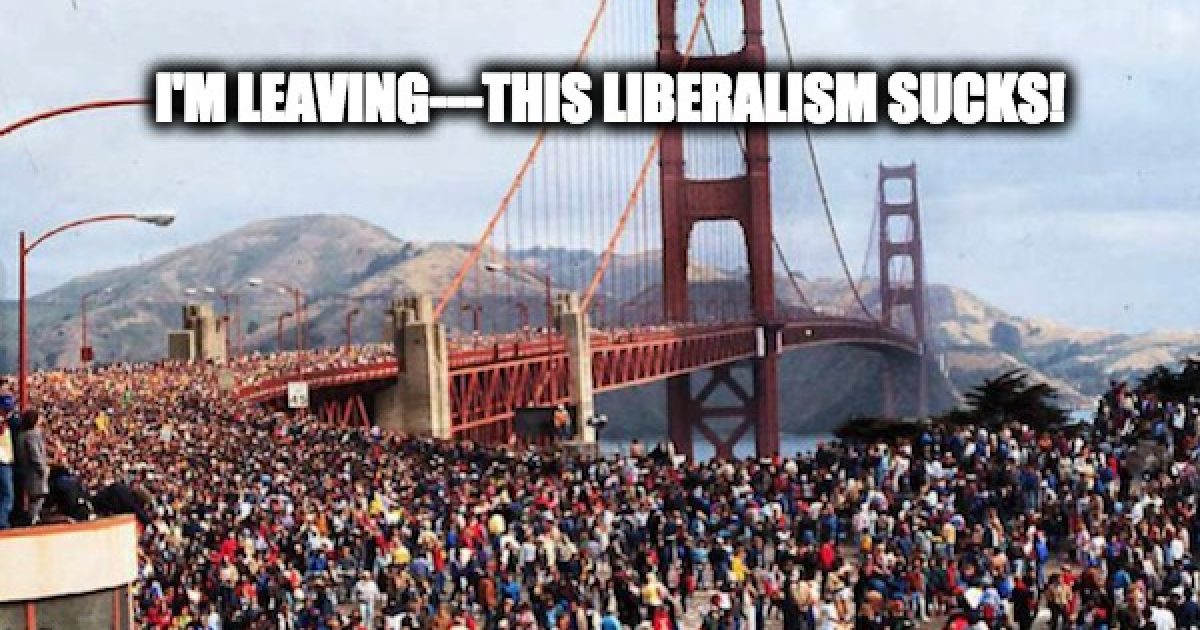 Surprise! Almost half of the people living in the San Fransisco Bay area are praying for an opportunity to escape their oppressive and expensive hometown.

A full 46% of Bay Area residents are planning to leave their community at some point in the next few years.

A new poll conducted by the Bay Area Council has several significant insights on what seems to be a growing problem for San Fransisco, and to a broader extent, California.

You will find more infographics at Statista

The group’s president Jim Wunderman told the local news that more and more people were looking to get out every year, “This is the trend we’ve been observing. Two years ago, it was 34 percent, and last year it was 40.” Now the number has reached 46%, and it’s not showing any signs of turning around any time soon. Most of the poll’s respondents say that they’ve lived in the area for at least 20 years and that they increasingly believe that life in the Bay Area is heading in the wrong direction.

Forty-five percent of those who say they are planning to leave cited cost of living as the driving factor, while 27 percent said housing and rent costs are becoming too much to bear.

Sixteen percent of that group said they plan to move somewhere else in California, while Texas, Oregon, Nevada and Arizona topped the most sought-after states outside of California for relocation.

“On the downside of it is all the people who need to be here to provide all the services are being priced out,” Wunderman said to KTVU. “We’re seeing teachers, government workers, firefighters, police officers actually not able to live in the communities.”

This is what happens when leftists are given free rein to run a community, a state, or a region – they destroy it.

It’s one of the reasons that California was recently exposed to have THE WORST “quality of life” in the USA – even with all of those beautiful beaches, golf courses, wineries, restaurants, and other attractions. It seems that no matter how many goodies California offers their residents, life just keeps getting worse and worse in the Golden State.