Last night I sat on my chair in the den and at my 15-year-old son’s request watch a movie we hadn’t seen in years (by my chair I mean the one with the ottoman that no one else is allowed to sit in). As I slouched in my chair I was happy that we were watching the movie at home, and not at the local cinema where my feet would be firmly glued to the floor by the remnants of soda spills from long ago. 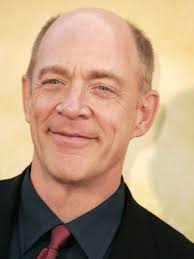 Watching the movie it occurred to me that Spiderman’s boss, J. Jonah Jameson, the publisher of the Daily Bugle is a perfect example of what I always imagined a manager to be when I was growing up: a gruff, cigar chomping, get the job done without caring whose feelings were hurt, type of guy. Those managers lived by the rule “real bosses don’t ask for opinions.” Although I have to admit when Jamison moved to LA to become Assistant Police Chief Will Pope in the series The Closer, he also became a better boss.

All of the TV shows I remembered featured bosses just like Jameson. You remember the type, characters such as Alan Brady of the Dick Van Dyke Show or Larry Tate on Bewitched. Fox once even pushed that envelope further with My Big Fat Obnoxious Boss. In this show, graduates from major business schools competed for a $250,000 salary and the “honor” to work for a mean, despicable, SOB of a boss. The twist is there isn’t even a job involved, the “boss” was just a very good actor. Each week contestants were abused and humiliated for our amusement. They competed with each other so that the next week the archetype mean boss can abuse them further. Though I have been out of work for over two years, for some reason, sitting in my chair, I began thinking about bosses. It was nice to realize that the prototypical boss, imagined as a child (and displayed in the new Fox show) is a not what I adopted as a style once I had become a manager. My management style was not like any of those grumpy stereotypes, not because of any formal training, as a manager I was always thrown into fire and told to do my best. Maybe it was the management training program that my parents had enrolled me. They schlepped me to it each Monday, Wednesday, and Sunday.

You see all of my management training was from an unusual source. In fact, all I really needed to know about being a manager (and an employee), I learned in Hebrew School. Management wisdom was not found in some human resources manual or executive self-help book it was all right there in Mr. Gefter’s Torah class. And it’s still there for all the people to look. These are the things I learned from my teachers in Hebrew school:

It has been more than 40 years since I went to Hebrew school, and even longer since the time of Abraham and Moses, but it still stands that God is one great manager of people and that the Torah would make a heck of an HR manual, and unlike Hollywood, you don’t have to pay residuals.