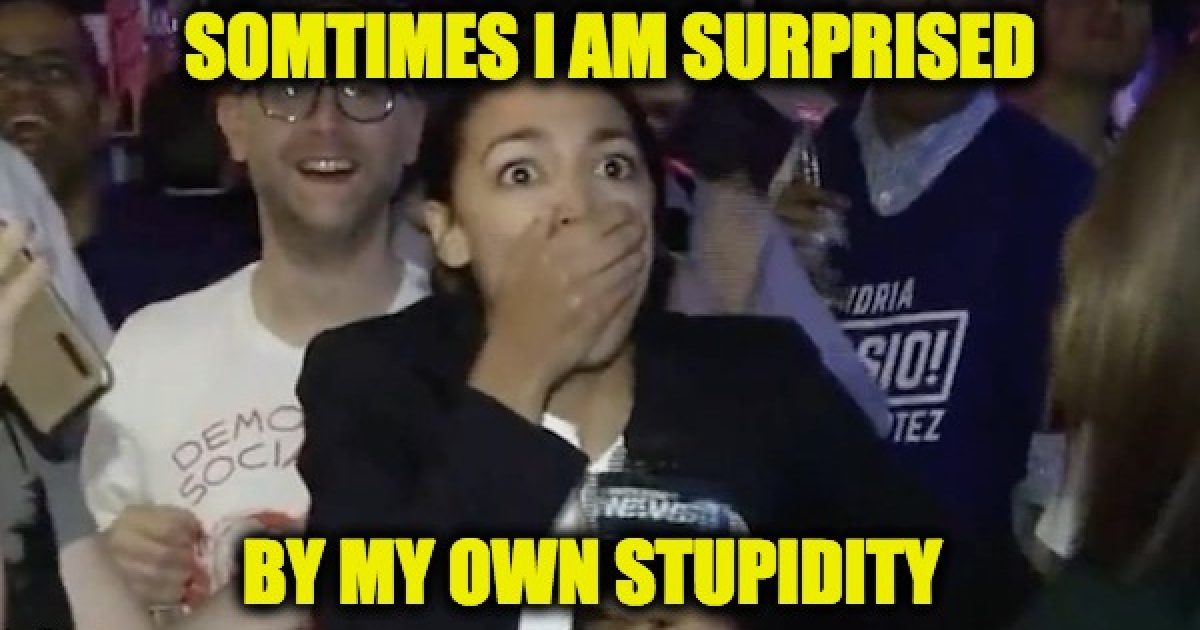 Ladies and Gentlemen I present Alexandria Ocasio-Cortez, the future of the Democratic Party.

Gosh, I love this girl.

Everything she says is comedy gold! Hearing her talk is like listening to an adult speak from the perspective of a child’s worldview.

From her fumbling rants about the economy to dismissing civil invitations to debate as “catcalling,” this girl is a riot, and so far, she has not lost steam.

Not even when she touched on global warming–she has apparently not gotten the memo that it’s “climate change” now–which she tweeted about this week to the delight of conservative news outlets across the land.

So, what was her idiotic and utterly uninformed take on “global warming,” you say?

Ah, it’s just as brilliantly alarmist and utterly baseless as everything else she utters: she says its killing Americans.

Our children’s lives are on the line.

Not a single elected official, Democrat OR Republican, should accept money from fossil fuel corporations.

Americans are dying because of a government too coward to save the planet.

It’s wrong.
And we will need a Green New Deal to survive. https://t.co/Fh7X0EjFIZ

You’ve got to hand it to her, for all the silly things she says, she definitely has fascistic rhetoric down.

“Our children’s lives are on the line,” she began, executing an impeccable evocative appeal for the children!

“Americans are dying because of a government too coward (sic) to save the planet,” she continued.

Dying, I tell you, dying! Not just Americans–but children!

Now for the layup–authoritarian policy. Always lead with dying children when proposing authoritarianism. She’s apparently learned from the best! (Or the worst?)

“It’s wrong. And we will need a Green New Deal to survive.”

I don’t know about you, but I’m forking over my rights, hard-earned money, and children (just to be safe), as we speak.