Alan Grayson Lies In His Senate Announcement Video: Gets Nasty When It’s Pointed Out 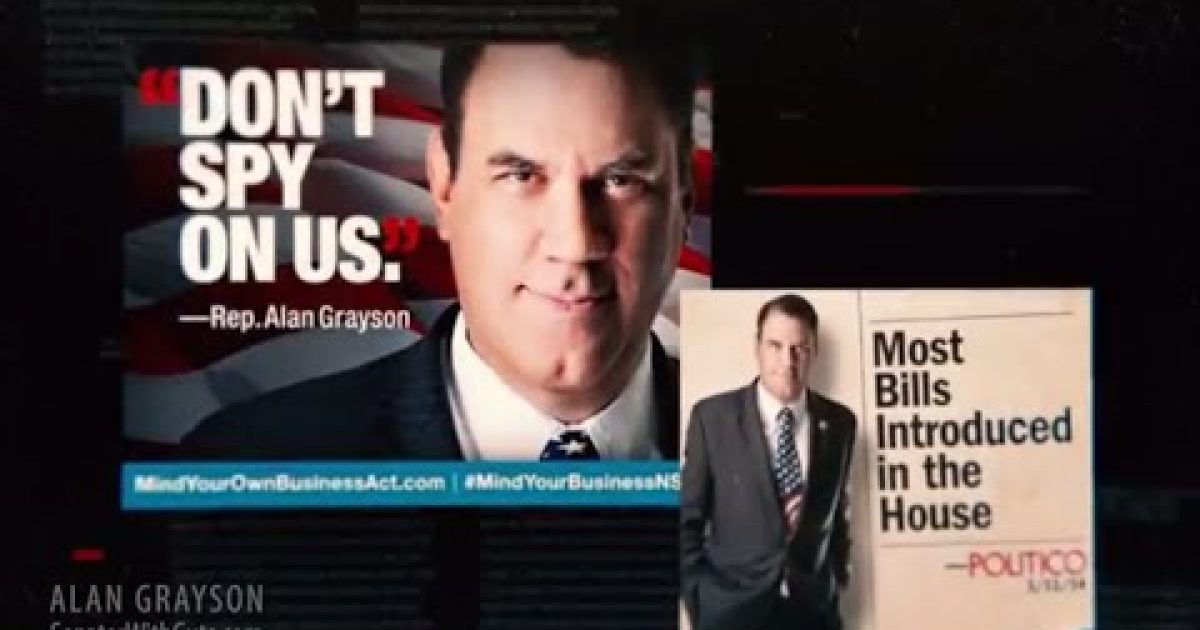 If Alan Grayson becomes the next U.S. Senator from Florida, I promise will break NY State law and refuse to move to Miami when I am 65.  We are talking about a scumbag who is trying to prove is wife of over twenty-five years and mother of his four kids was a bigamist so he wouldn’t have to pay her alimony. Funny how he didn’t think about that twenty-four and a half years ago.

As reported by Adam Smith, of the Tampa Bay Times, on his video where he announced his candidacy Senate (embedded below), Grayson “falsely claimed to have founded a group called the Alliance for Research in Aging. You can hear it at about 2:55: ‘After I finished school I founded the Alliance for Aging Research.”

Smith got the tip from a reader and followed up.

According to the Alliance Web site that’s a bit of an exaggeration. Alliance says its founder was Daniel Perry but the portly politician had an important role:

The early efforts were strengthened by a scholarly assessment of the need for political advocacy in aging research, written by a young attorney and graduate student at the Harvard John F. Kennedy School of Government. The author was Alan Grayson. who was elected to the U.S. House of Representatives from Florida in 2008 and again in 2012. For more than 20 years until his first election to Congress, Grayson served as an officer of the Alliance…

Adam Smith called the Alliance, which responded with a voice message:

“This is our statement about Mr. Grayson: “Alan Grayson  played an important role in the establishment of the Alliance for Aging Research in its early days.”

Trying to get the full story, Smith emailed Grayson’s campaign spox, Kevin Franck, saying, “reader emails me suggesting that in his announcement video Grayson exaggerates or misleads in saying that he founded the alliance for aging  research….Seems more like he assisted in founding of the group, no?”

The reaction from the Grayson campaign was downright nasty:

Your anonymous tipster is lying and former Republican Patrick Murphy should be ashamed of himself for trying to use a venerable organization like the Alliance for Aging Research to score cheap political points.

The Alliance opened its doors five years after Patrick Murphy was born with a silver spoon in his mouth and Alan Grayson was an officer of the organization from day 1. He remained an officer for 20 years, leaving when he was elected to Congress and when Patrick Murphy was still a Republican backing Mitt Romney.

According to Smith Henry Knox, the reader who provided the tip, “said he has nothing to do with politics but that before he retired he worked with the Alliance’s founder – Perry – on several coalitions dealing with aging issues. For Grayson to say he founded the Alliance, Knox insisted, “is a lie.”