Alan Dershowitz Is Getting Hit With Left-Wing Media Bias 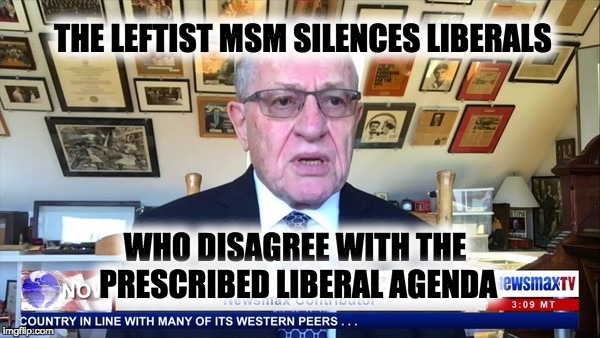 Democratic Party hero and legal scholar Alan Dershowitz, a vocal supporter of Hillary Clinton during the 2016 presidential election, is beginning to learn what it feels like when one diverges from the liberal media agenda. The former Harvard Law School professor is finding it hard to get his usual attention from the mainstream media because he doesn’t agree with their prescribed agenda regarding the Trump/Russia witch hunt.

Dershowitz told the Washington Examiner about reaching out to the New York Times last month after reading an op-ed contending that President Trump obstructed justice when he fired FBI Director Comey. The well-known legal scholar wanted to write an op-ed disputing the one that ran:

“I said that I thought the readers of the New York Times were entitled to hear or read the other side of the issue whether there were crimes committed,” said Dershowitz, a professor emeritus of Harvard Law School. “And I really do think The New York Times does not want its readers to hear an alternative point of view on the issue of whether or not Trump administration is committing crimes.”

Dershowitz said he attempted to reach the opinion page editor and deputy editor without success. He said he wants to “get out in the liberal media” but that his opinion is “not the narrative they’re pushing.

Dershowitz adds that the New York Times did reference his arguments about Trump and the Russia issue once— it was in an op-ed that stated, “Mr. Dershowitz is wrong.”

And while the New York Times may be the worst offender they aren’t alone. “Dershowitz said he has only been invited on one [broadcast] network, ABC News, to discuss Trump, but said that appearance was canceled.”

Alan Dershowitz’s argument is a danger to the left-wing media agenda because they would have to respect his opinion as he isn’t defending Trump from the Russia attacks because of his own political bias (he is a liberal), but from his knowledge of the Constitution and the Law.

As a result, the liberal Alan Dershowitz has been finding a new audience in conservative oriented media. He’s appeared of Fox News presenting his case more than once (most recently on Judge Jeanine’s program to declare that Trump Jr. did nothing illegal) and has even published an op-ed on the Fox News site. Breitbart News, TheBlaze.com, NewsMax and The Washington Times, all right-leaning sites have all either covered a Dershowitz interview and/or interviewed him themselves.

It seems that Alan Dershowitz has run into the liberal mainstream media brick wall.  Perhaps now that he realizes that liberal media bias exists, he will talk about it more often.