1.5 Million Reasons Why Al Sharpton Should Be Told To Shut Up About Jefferson 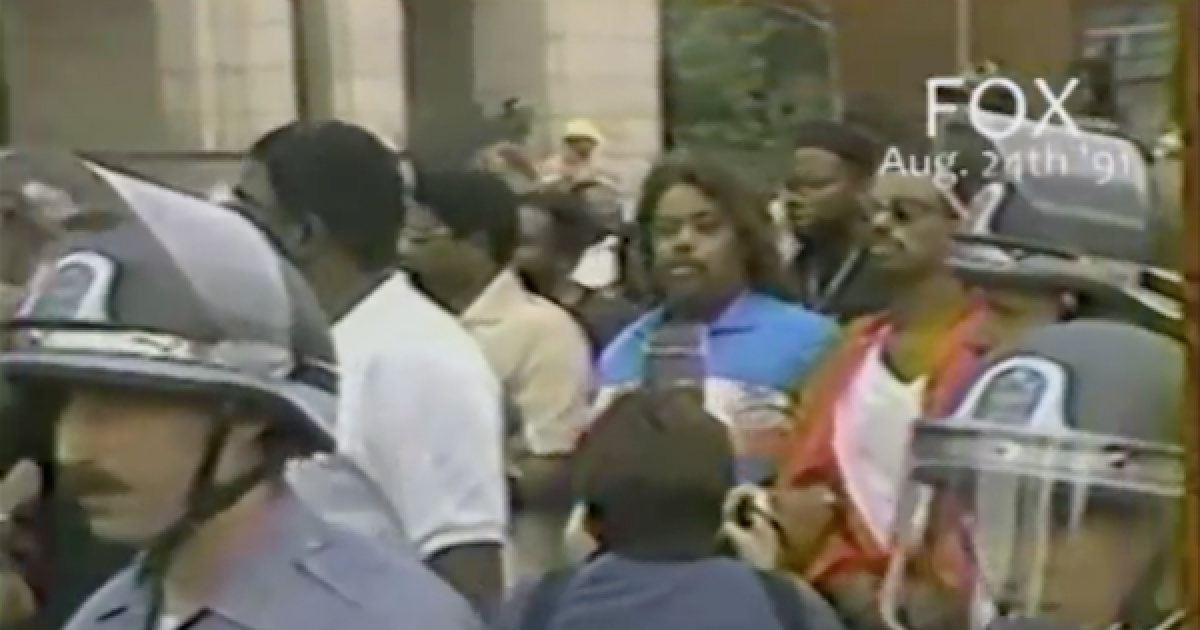 Last Monday, Charlie Rose interviewed the faux Reverend Al Sharpton to discuss the hatred shown during the Charlottesville violence/march last weekend. Allow us to put aside the question of why Charlie Rose would have a man who let two anti-Semitic riots in New York City on his show to discuss hatred. Instead, we will focus on what Sharpton said, he doesn’t want to “subsidize” the Jefferson Memorial because Jefferson was a slave-owner. Truth be told. unlike most Americans, Sharpton has no right to make that statement,  in fact, there are about a million and a half reasons why he has no right to make that statement.

During the interview, Charlie Rose asked Sharpton about Jefferson:

Al Sharpton: He had slaves and children with the slaves.

Al Sharpton: And it does matter.

Charlie Rose: Should they take down the Jefferson memorial?

Al Sharpton: I think that people need to understand when people that were enslaved and robbed of even the right to marry, and had forced sex with their slave masters, that this is personal to us. My great-grandfather was a slave in South Carolina owned by the family that ended up, Strom Thurmond was one of them, a newspaper discovered it. So, this is personal. This is not some kind of removed discussion from us. Our families were victims of this, certainly, it ought to — [Note in 2007 Sharpton announced that he is descended from slaves owned by Thurmond’s ancestors].

Charlie Rose: Therefore, everybody associated with slavery in terms of any public monument to them —

Al Sharpton: When you look at the fact that public monuments are supported by public funds, you are asking me to subsidize the insult of my family.

Charlie Rose: Then I repeat Thomas Jefferson had slaves.

Al Sharpton: And I would repeat that the public should not be paying to uphold somebody who had that kind of background. You have private museums. You have other things that you may want to do, but that’s not even the issue here, Charlie. We’re talking about here, an open display of bigotry announced and over and over again.

As he usually does when liberals are on his program, Charlie Rose did a horrible job in his Al Sharpton interview.

I can’t read Sharpton’s heart only his actions, therefore, one would have to give him the benefit of the doubt regarding that his feelings about Thomas Jefferson and other “founding fathers” who owned slaves. On the other hand, Sharpton’s statement about subsidizing the insult of his family is disingenuous at best because the last time I checked, the supposed Reverend who ignores the 9th commandment (about not bearing false witness) owes the government about $4.5 Million in back taxes.

In November 2014 the liberal NY Times reported that their “civil rights” hero Al Sharpton had more than $4.5 million in current state and federal tax liens against him and his for-profit businesses.

And though he said in recent interviews that he was paying both down, his balance with the state, at least, has actually grown in recent years. His National Action Network appears to have been sustained for years by not paying federal payroll taxes on its employees.

With the tax liability outstanding, Mr. Sharpton traveled first class and collected a sizable salary, the kind of practice by nonprofit groups that the United States Treasury’s inspector general for tax administration recently characterized as “abusive,” or “potentially criminal” if the failure to turn over or collect taxes is willful.

Mr. Sharpton and the National Action Network have repeatedly failed to pay travel agencies, hotels and landlords. He has leaned on the generosity of friends and sometimes even the organization, intermingling its finances with his own to cover his daughters’ private school tuition.

Sharpton’s reaction was that one couldn’t say he doesn’t pay taxes because:

“We’re talking about old taxes,” he said, adding: “We’re not talking about anything new. So all of this, as if I’m not paying taxes while I’m doing whatever I’m doing, it reads all right, but it just is not true.”

Now the good news is that Jillian Kay Melchior reported in January that based on public records of this January Sharpton whittled down what he owes to only $1.5 million. Not bad Al–but still a substantial amount of potatoes. Allow me to suggest that before the Racist, Anti-Semitic Reverend Al, opens his mouth about how tax dollars should be spent, that $1.5 million dollars should get down to something around…let’s say.. zero.

Getting the bigoted Al Sharpton to shut up about any self-glorification is impossible, but how difficult would it have been for Charlie Rose to do his job and actually ask Sharpton about his tax lien and “subsidizing” the Jefferson Memorial.

Below is a video of the Jefferson segment of the Charlie Rose/Al Sharpton interview: