Rep. Al Green: Another Reason We Need To Impeach Trump Is… Slavery? 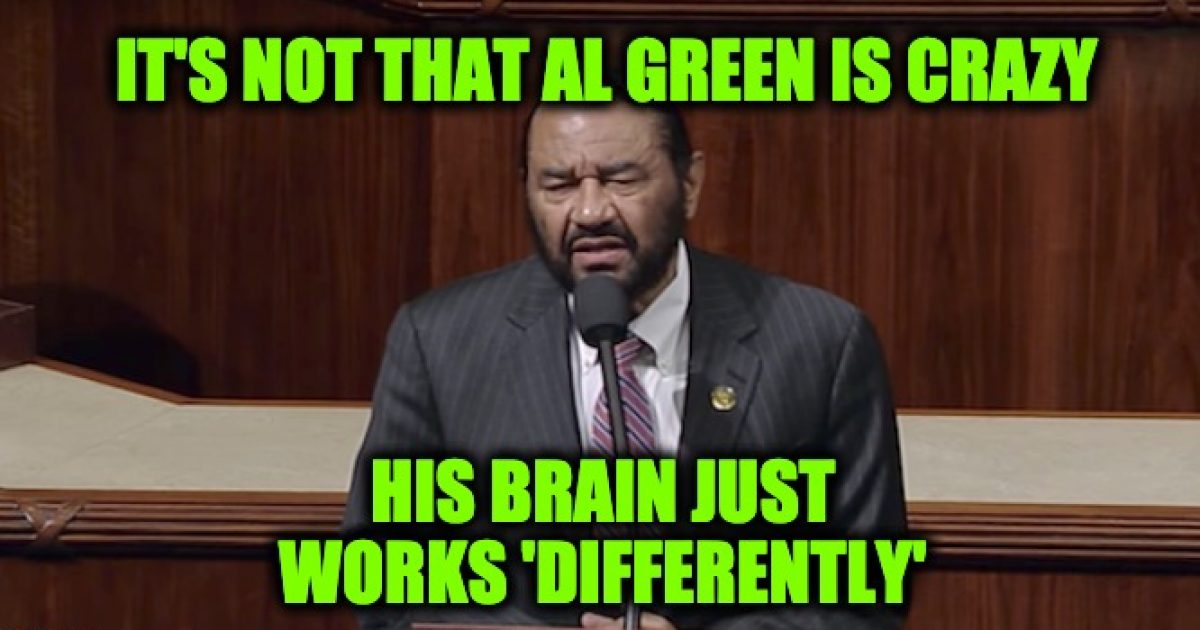 Rep. Al Green (D-Texas) has shown himself to be a man of ideas–really crazy Ideas. But like a broken clock that is right 2x a day, sometimes he’s correct, other times his brain works differently. In December of 2017, he introduced a resolution to impeach President Trump which was tabled by a vote of 364 – 58.  In May of 2019, he let slip the real reason why Donald Trump needed to be impeached — to wit, “if we don’t impeach this president, he will get re-elected.” No other Democrat has had the courage or honesty to acknowledge that likely reality.

Last week, Green demonstrated his ability to think outside the logic box again, reminding his fellow Democrats that if they don’t succeed in removing Trump from office this time around, they can — and should — try, try again. “The Constitution allows a president to be impeached more than once,” Green explained as he channeled his inner Underdog. 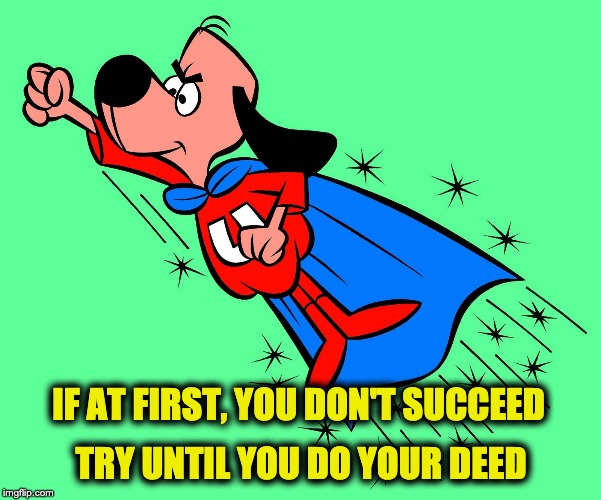 On Sunday, the congressman offered up yet another whacko reason for impeaching Trump, though this rationale may be a little hard to follow. While appearing on MSNBC, Green allowed as how the impeachment of Trump is necessary in order to deal with — wait for it — slavery.

Never that slavery was abolished once and for all over 150 years ago. Green thinks Trump is somehow responsible for America’s “original sin.”

“I believe that the American people understand that this is something that we must do at this point. I don’t speak for all of the American people. About a majority seem to think so. And I think that we’re moving forward in a very cautious and prudent way, which is what is expected,” he said.

“But I also think that if we don’t include some of the things that are important to people of color, then I think that our business won’t be finished. I do believe, ma’am, that we have to deal with the original sin. We have to deal with slavery. Slavery was the thing that put all of what President Trump has done lately into motion,” he added.

Really? Slavery was the catalyst to the booming economy America has enjoyed under the Trump presidency? Two facets of that robust economy have been am historic low unemployment along with an increase in business ownership among black Americans. If slavery led Trump to engineer those developments, then Green should be grateful and eager to thank the president, not impeach him.

But then again old weird-Thinking Al may just be jealous that his impeachment vote failed, and Schiff’s phony impeachment charges will succeed.