Al Gore Lies About Florence To Fearmonger About Climate Change 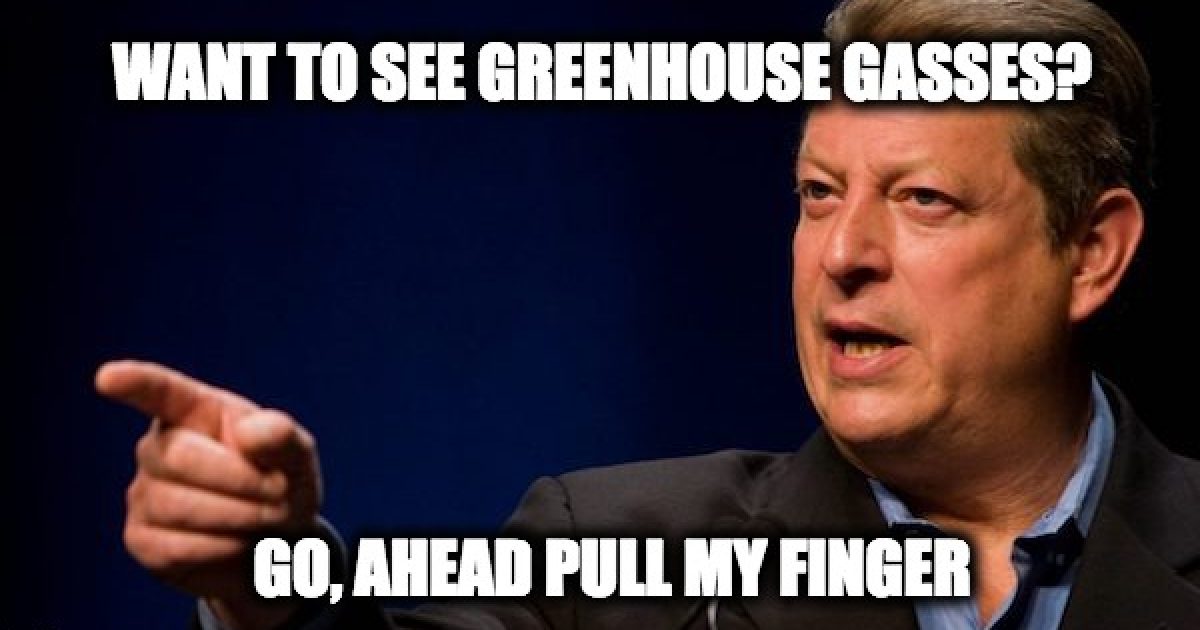 Significant weather events always get climate alarmists on their high horse, especially their chief fearmonger Al Gore. Despite the fact that there’s no evidence to connect climate change to a significant weather event. Additionally, they are doing what they accuse skeptics of doing,  they are confusing climate with weather. And of course, even those who believe manmade climate change is real have not been able to tie their hypothesis to severe weather.  Unless you are talking about the Washington Post, they are convinced that one man–President Trump causes hurricanes.

This week, the guru of global catastrophe Al Gore who has invested his entire financial future on the unproven climate hypothesis, tried to fearmonger about Hurricane Florence to underscore just how dangerous climate change can be, and as usual, his comments were void of facts.

On Friday, the failed presidential candidate and investor into climate-change related industries said that it was the first time in history two major storms from the Atlantic and Pacific made landfall at the same time. He was talking about  Hurricane Florence, that hit North Carolina on Friday, and Super Typhoon Mangkhut, which hit the Philippines a few hours later on Saturday.

“This is the first time in history that two major storms are making landfall from the Atlantic and the Pacific simultaneously,” Man-Bear-Pig told the crowd at the Global Climate Action Summit in San Francisco.

“Every night on the television news is like a nature hike through the book of Revelation. We’ve got to connect the dots between the cause and the effect,” he said, rattling off to raucous applause a host of recent floods, mudslides, droughts and wildfires with the dramatic gesticulations and cadence of a television preacher.

Sorry Al not only don’t I believe in your unproven man-made climate change hypothesis but as an observant Jew, I’m not into the book of Revelations and TV preachers either.

“You can deny the reality but it’s harder to deny the 3,000 deaths in Puerto Rico from Hurricane Maria last year. Come on! How far down that rabbit hole are people going to follow? This is utter insanity. We have to wake up.”

Al come on! If I said a winter freeze proved that global warming was bogus, you would say I don’t know the difference between climate and weather, well guess what, that’s what you just did. Besides last week the MSM were blaming the deaths in Puerto Rico on President Trump.

Apparently, Former V.P Chakra got his information from NBC News.

Here is the NBC article that completely missed the mark on ongoing hurricanes and their rarity — without any evidence. (It’s not rare at all)https://t.co/n3WqOeq4RT

Given that there is no trend in landfalling storms (& major hurricanes cause >80% of all damage), we should expect to also see no trend in normalized losses.
And that is exactly what we see. pic.twitter.com/H0g1RQzSst

Climate scientists, Dr. Roy Spencer was on Tucker Carlson’s show Friday to talk about Al Gore’s statement, he thought it was nonsense, hurricanes have not become more frequent or more intense: