Vehicle Was On Way To Airport For Another Suicide Bombing 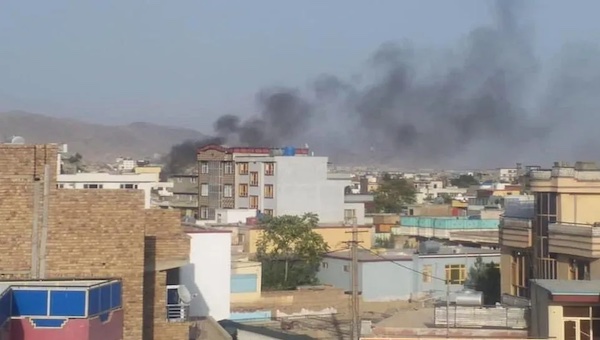 A US drone strike in a Kabul neighborhood took out an ISIS-K vehicle on its way to the airport. Within the vehicle was an IED that posed an “imminent threat” to the airport. The U.S. military acted to intervene and prevent another event like Thursday when a suicide bomb killed 13 U.S. service members and 170 Afghan citizens. airstrike-destroys-isis-vehicle

“US military forces conducted a self-defense unmanned over-the-horizon airstrike today on a vehicle in Kabul, eliminating an imminent ISIS-K threat to Hamad Karzai International airport,” said Capt. Bill Urban, CENTCOM spokesperson, to reporters. “We are confident we successfully hit the target. Significant secondary explosions from the vehicle indicated the presence of a substantial amount of explosive material. We are assessing the possibilities of civilian casualties, though we have no indications at this time,” he added.

The US stated there were no civilian casualties. However, they are working to assess the possibility since it occurred in a neighborhood. The explosion was such that officials stated it must have contained a substantial amount of explosives. CENTCOM stated that the vehicle contained several suicide bombers.

One report from an Afghan police chief mentioned a child was killed, but that report is unconfirmed. The explosion in the vehicle set of secondary explosions. Since it occurred in a neighborhood, there may others were killed in the blast, but there is no confirmation either way.

US military is assessing whether there were civilian casualties after airstrike which took place in Kabul neighborhood. No indications at this time, BUT that could change. There were secondary explosions due to large amount of explosives in vehicle. https://t.co/Lpbytr2s9l

KABUL, Afghanistan (AP) — Taliban spokesman says a US airstrike targeted a suicide bomber in a vehicle who wanted to strike Kabul airport.

An Afghan outlet originally thought the explosion was from ISIS or the Taliban but quickly changed it to an American airstrike on an ISIS-K vehicle. They stated that 6 people were killed, including 2 children.

MAJOR CORRECTION: IT IS AN AMERICAN airstrike— 6 people dead including 2 kids. US military said they ‘successfully took out a Daesh target’ in Kabul. pic.twitter.com/4B26MuX0jw

The latest report from Jennifer Griffin :