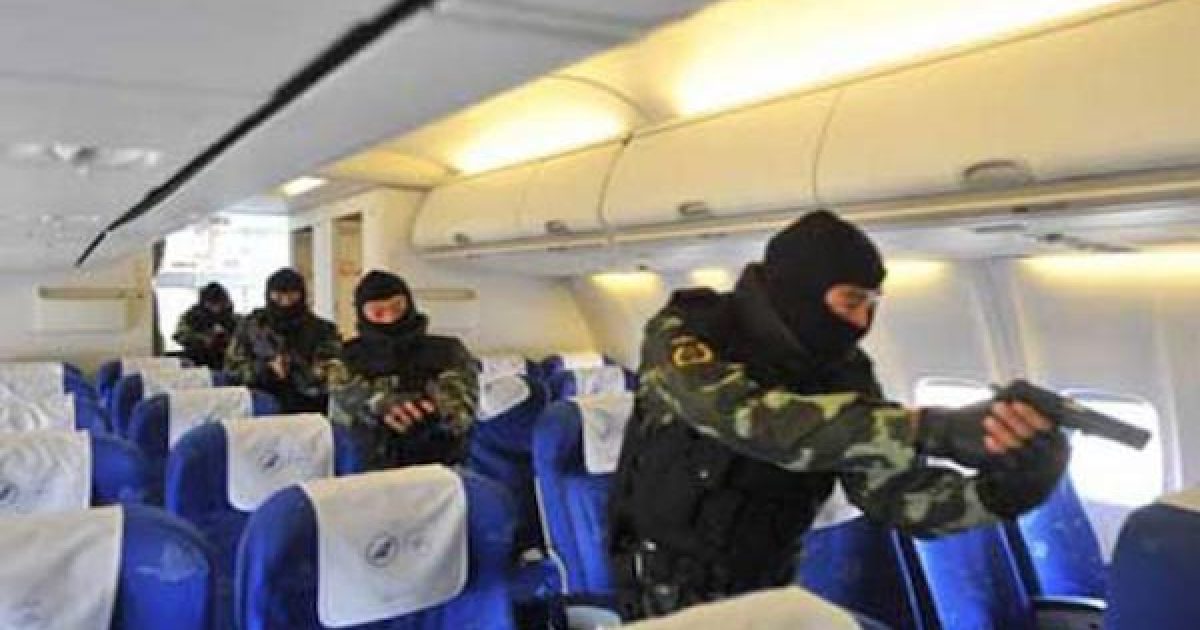 Bad people have been doing terrible things with guns for a long time. Actually, bad people wanting to do bad things with anything is not a new phenomenon. The first murder recorded in the Bible is Cain killing Abel (Gen 4:8). According to non-canonical Book of Jubilees, Cain murdered Abel with a stone.

In each case, the problem is with the person, not the weapon. The same can be said for school shootings that are a relatively recent phenomenon. School-aged children have always had access to guns. Where my wife grew up, the schools closed for the first day of doe season and buck season. There was no sense holding classes when most of the boys would be in the woods with their dads hunting deer. No one ever took a gun to school to shoot someone.

The same is true about flying on an airplane. The first time I flew on an airplane was in 1968. There were no, pat downs, X-ray machines to check luggage or an army of TSA workers. Like school shootings, something changed:

Between 1968 and 1972, (a period that writer Brandon I. Koerner dubbed the “golden age of hijacking“), more than 130 airplanes were hijacked. The practice was so prevalent, sometimes there would be more than one incident a day.

Not unlike our current mass shooting epidemic, skyjacking — as it came to be known — was a problem so complex and frequent that the American government, passengers, and even airlines themselves began to think of it as just a standard risk of air travel. Yet between the mid-1970s and 9/11 (and again after 9/11), skyjacking virtually ceased to exist.

For some reason, people wanted to go to Cuba. The first skyjacking took place in 1961. Movies were made of the trend. Watch the end of The Out-of-Towners (1970) where the distraught couple’s plane is hijacked to Cuba. Then there was Skyjacked in 1972

The FAA worked overtime to figure out a way to stop the hijackings that “included forcing everyone on the plane to wear boxing gloves, building a fake Havana airport in Miami so planes could land there and hijackers could be arrested by American agents, installing trap doors near the cockpit, and even playing the Cuban national anthem before flights to see if anyone knew the words. Oh, and the whole ‘build a fake airport’ idea was actually seriously considered at one point. (Too expensive.)”

The flights to Cuba were inconvenient and relatively harmless. In time, however, the airlines and the FAA began to take skyjacking seriously when “on Nov. 10, 1972, three hijackers threatened to crash Southern Airways Flight 49 into a nuclear research reactor near Knoxville, Tennessee, if they didn’t receive $2 million.”

The loss of life and the ensuing suits for damages changed the way we now fly. “Starting Jan. 5, 1973, the FAA put mandatory screenings in place for all airplane passengers. And despite the FAA’s concerns, most people didn’t seem to mind.” (Upworthy)

Here’s what the FAA and the airlines did not do: call for banning guns or, as former Supreme Court Justice John Paul Stevens is proposing, call for the repeal of the Second Amendment. The man who now wants to save the lives of children by repealing the Second Amendment, “[w]hen the time came to choose sides [on the abortion issue], [Stevens] chose to embrace the full scope of the right to abortion.” His concern for life and death issues is schizophrenic.

The airlines and the FAA determined to protect their interests and the interests of the traveling public by putting a barrier of security around the airplanes that includes armed policemen at airports. After 9/11 when skyjackers used utility knives to crash airplanes into soft targets, security was increased without banning utility knives. The deterrent was established before anyone got on a plane.

Since school shootings are such a concern, as they should be, why not follow how the airlines protect their interests. It’s a sad development that schools should have to screen everyone who enters a school and post armed men to protect teachers and students in the event that a gunman tries to enter a school, but it’s worked for the airlines and millions of people fly each year around the world without incident, so it seems it should work for schools without taking any of our liberties away.

If people don’t like the inconvenience and control factor of flying, no one is forcing them. They can take a bus, drive, go by train, or learn to fly their own plane. Flying in a commercial airliner is not a constitutional right and neither is government-funded education.

There are 120 million gun-owners with 400 million guns/rifles and 2 trillion rounds of ammunition who did not harm anyone today. We have the largest civilian army in the world. If we were a problem, the country would know it.