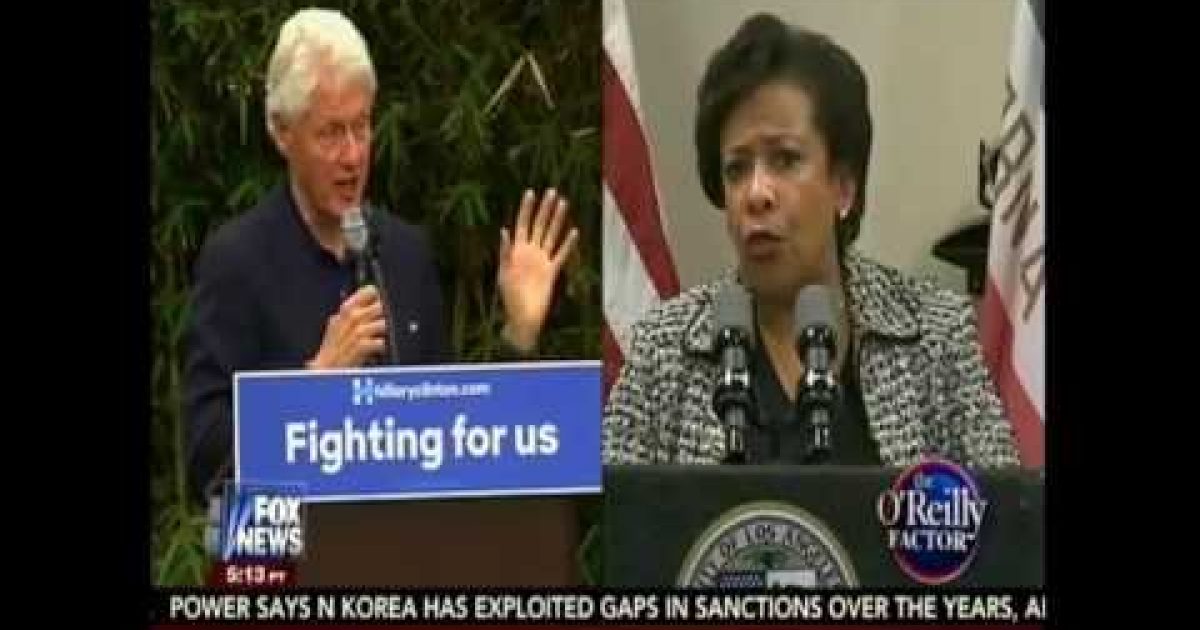 According to most news reports following US Attorney General Loretta Lynch’s Friday interview in Aspen Colorado, Lynch assured the public she would accept the FBI recommendation regarding whether or not Hillary Clinton would be prosecuted. The statement was in response to an “accidental” meeting between Lynch and Hillary Clinton’s husband former president Bubba Clinton. So it seems that justice will finally be served—well not quite.

This may be shocking to some observers; but the mainstream media is not being accurate in their reports. The attorney general gave herself plenty of wiggle room. Not only will she meet with her subordinates at the FBI before the decision is to be made public, but her exact words at one point was “I fully expect to accept their recommendations (see first video embedded below).” Good attorneys (like Lynch) are very exacting in their words that’s one of the things that make them good. “Fully expect” is a synonym for probably. To put it another way the Mayan calendar fully expected the world to end in December 2012 and it’s still here (unless of course the 2016 presidential race is some form of hellish punishment, which is entirely possible).

Even before she made her statement on Friday, DOJ officials were walking back any promise not to overrule the FBI:

Ms. Lynch also said she was not going to recuse herself from the process:

When you put the non-recusal on top of “fully” expecting to accepting the FBI’s recommendation certainly places a taint on the entire investigation.

Perhaps the biggest taint on the FBI investigation is the reason Lynch made the statement on Friday, the “chance” meeting between Loretta Lynch and Bubba Clinton. On Thursday night, the man who broke the story of the meeting, Christopher Sign reporter for KNXV-TV, the Phoenix ABC affiliate appeared on the Bill O’ Reilly program and suggested that the meeting was anything but “chance,” at least on the former president’s part.

Apparently Bubba’s plane was getting ready to take off but when when he found out the attorney general was going to land at the same airport he waited on his plane until she arrived.

With both private planes on the tarmac, the former president entered the attorney generals plane where they spoke for a half hour. The FBI was there on the tarmac instructing everybody around ‘no photos, no pictures, no cell phones. According to the attorney general,  “Our conversation was a great deal about grandchildren, it was primarily social about our travels and he mentioned golf he played in Phoenix.” She claims there was no discussion about the FBI’s investigation into Hillary Clinton’s handling of national secrets or their separate investigation of a possible corrupt relationship between Ms. Clinton’s state department and the Clinton Family Foundation.

It’s almost too hard to believe the that a former president could abandon his secret service detail walk across an airport tarmac, stroll past FBI agents, walk past the attorney general’s security detail to have “chance” meeting to talk about each other’s grandchildren and golf.

The attorney general, as a matter of fact, she said they talked about him playing golf. At this very moment as I’m talking to you, I have reached out to several sources, those with intimate knowledge of his movements because they work with these dignitaries when they come into Phoenix. Not one so far has said that he played golf. I’m not saying that he didn’t play golf. I’m just saying I’ve yet to confirm that he played golf.

To paraphrase William Shakespeare, “Something seems rotten in the state of Arizona.”