After Years Of Crapping On Bush #43; Dems Praise Him In New Video About Radical Islam 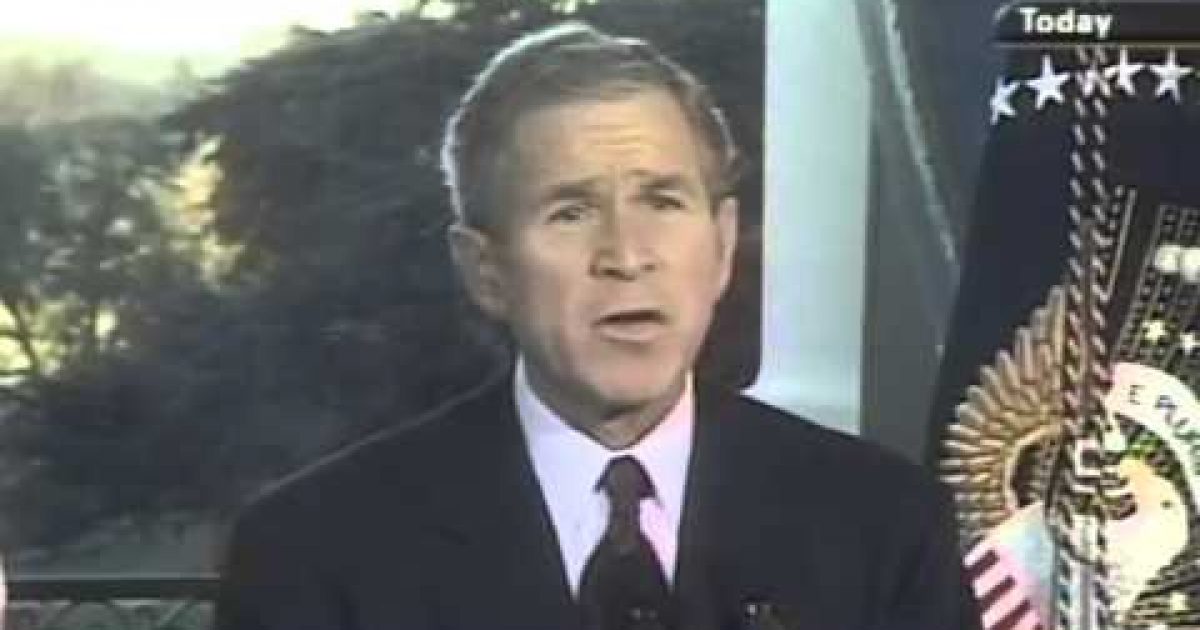 Whaddaya Know!  Since Obama became president (and even before), Democrats have blamed former President George W. Bush for everything from terrorism to why the milk in the fridge is spoiled even though its earlier than the date on the milk carton.  But now the DNC is using news clips of the former POTUS in a commercial touting him the example people should follow when talking about radical Islam.

The commercial claims the term is “equating Islam, all Muslims, with terrorists” which is ridiculous because if the Republicans were talking about all Muslims they wouldn’t be using the adjective “radical.”

The video switches to their new hero, Dubya– saying something all of the Republicans above would agree with , “We do not fight against Islam. We fight against evil” and “The war against terrorism is not a war against Muslims.”

Once again the DNC is showing that it is out of touch with American voters. A recently released  Rasmussen poll  finds that 60% of Likely U.S. Voters believe the United States is at war with radical Islamic terrorism, only 24% share the Democratic Obama/Clinton view and and disagree. The remaining 16% are undecided. And it’s not just the Republicans who feel this way, 56% of Democrats believe America is at war with radical Islam, 54% of independents and 70% of Republicans.

King Abdullah of Jordan agrees that the problem is radical Islam this past Tuesday he warned, “We are facing a Third World War against humanity” if the civilized world does not “act fast to tackle” the Islamic State and similar terrorist groups.

He added, “This is a war, as I said repeatedly, within Islam,” noting that over 100,000 Muslims have been murdered the Islamic State over the past two years.

Do the Democrats believe King Abdullah is an Islamophobe? Or are they using the war on terror as a political pawn, despite what the American people believe?

If the Democrats really want to praise Bush #43, perhaps they should talk about how when he left office the Iraq war was won.  All we had to do is leave a small force of 10k or less. But putting politics before the national interests Obama decided to pull out of discussions for a “status of forces” agreement, allowing the defeated al Qaeda in Iraq to morph into ISIS.  Now that would make a much more honest video.

The Democratic party “radical Islam” video is below.