Switchblade Attack! Another Liberal Act Of Violence Against A Republican 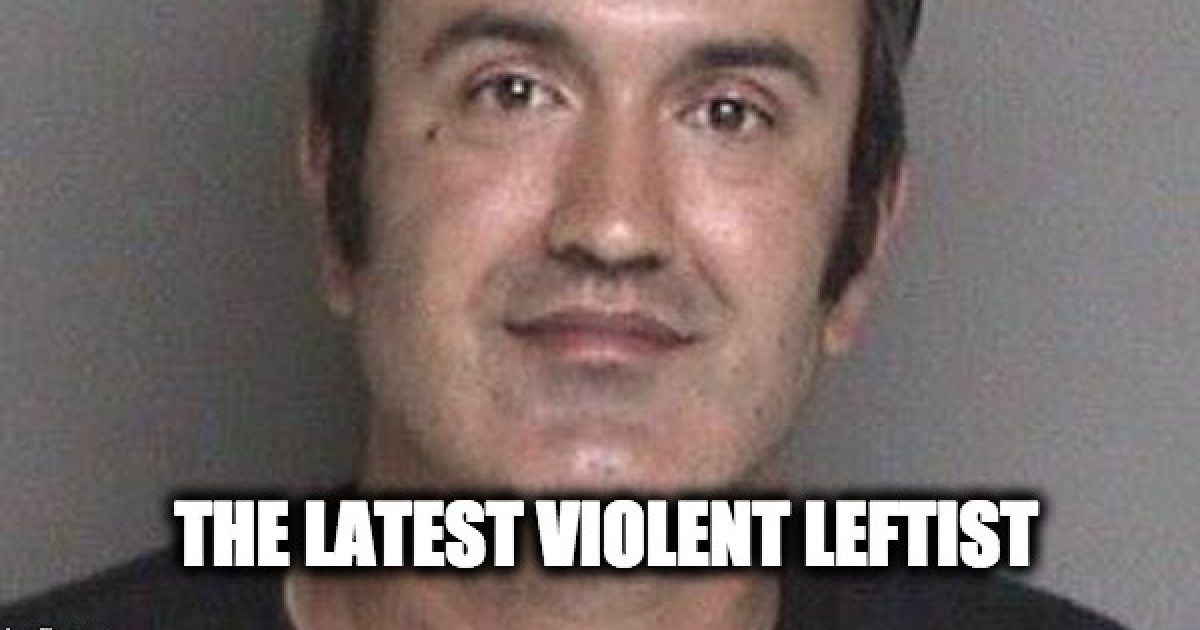 You won’t hear it from the Mainstream Media, but leftist violence has become a regular occurrence and the pace is accelerating. Just last week  An office shared by the Albany County Republican Party and the Wyoming College Republicans was set on fire. And if to show that  Democrats are a threat to public safety, a California left-winger was arrested Tuesday after attacking a Republican candidate while screaming anti-Trump rhetoric.

The anti-Trump maniac attacked congressional candidate Rudy Peters last Sunday at a Castro Valley, California, festival that the candidate appeared at. On Tuesday, Alameda County prosecutors charged the attacker, 35-year-old Farzad Vincent Fazeli, on a felony count of criminal threats and several other charges including a weapons charge.

“It’s a shame,” [Peters] said. “People are just polarized right now, and this country’s divided and it’s just a mess. It shouldn’t be that way.”

Sheriff’s deputies responded at about 3:45 p.m. to a report of a possible knife attack at the festival on Castro Valley Boulevard. According to officials, witnesses told deputies that Fazeli approached Peters in an “aggressive manner” at his booth, and made “disparaging remarks” about the GOP and “elected officials.”

“All of a sudden we hear someone screaming, “F— Trump, f— Trump!” Peters recalled. He said the man raised his middle finger and was “standing right in front of the booth.”

Peters had been sitting with Joseph Grcar, a Republican state Assembly candidate. He said they were both “kind of shocked” by the outburst, but that the man seemed like he was walking off. “The next thing you know,” Peters said, “he stops and turns around and says, ‘I’ll show you,’ and runs at the booth.”

Peters said the man grabbed a coffee cup from the table and threw it at him, prompting Peters to come around the table and “grab him.” Peters said he threw him to the ground before the suspect hopped back up, reached into his pocket and grabbed the switchblade.

“He’s screaming, ‘I’m gonna kill you, motherf—er!’” Peters said. “He had the knife, but the blade wouldn’t shoot out.”

The fact is, nearly every act of political violence that occurs in the U.S. is perpetrated by a left-winger. We’ve had a dozen examples of liberals assaulting Trump fans, we had Democrat and Bernie Sanders operative James T. Hodgkinson who tried to kill Republican Congressmen Steve Scalise at a Virginia baseball park, every riot that has been started by leftists, and we’ve had any number of celebrities and sports players calling for the murder of Donald Trump, conservatives, and Republicans.

Indeed, very little of the politically motivated violence that has been perpetrated in the U.S. comes from the right. So, which is the dangerous, un-American side of the aisle? It’s the Democrats and their fellow left-wing extremists below are one hundred examples of leftist threats and violence, there are so many more where that comes from:

Naturally, as Newsbusters reported, the larger mainstream media has completely ignored this story. There has been minimal reporting of this story outside local TV and conservative outlets like EagleRising.