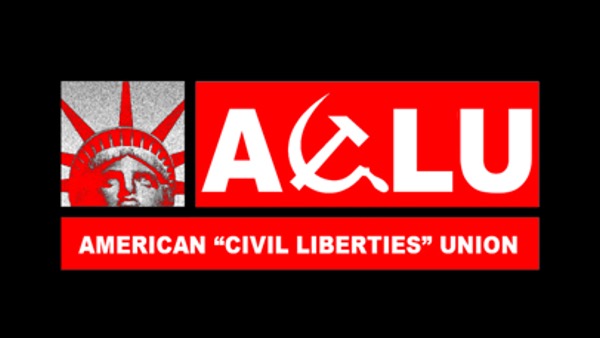 It seems these days that practically everything is “racist” in the collective Borg-like hive known as the modern American Left.  Now, we’re supposed to believe the Second Amendment is rooted in racism.  At least that’s what the far-left American Civil Liberties Union (ACLU) wants us to believe. ACLU Second Amendment racist

“Racism is foundational to the Second Amendment and its inclusion in the Bill of Rights. Learn more from experts Carol Anderson and Charles Howard Candler on this episode of the At Liberty podcast,” the ACLU tweeted on Sunday.

Racism is foundational to the Second Amendment and its inclusion in the Bill of Rights.

Learn more from experts Carol Anderson and Charles Howard Candler on this episode of the At Liberty podcast.https://t.co/9AjGALT1GH

Historian and author Carol Anderson claimed in a recent episode of ACLU’s “At Liberty” podcast that African Americans are perceived as a “threat,” both armed and unarmed, and that the common denominator is “anti-Blackness.”

Anderson argued that the Second Amendment is an “outlier” in the Bill of Rights and claimed it was enshrined as a right to “bribe” the South to not “undermine” the U.S. and the Constitution. Anderson claimed Southerners needed protection for their “property” and were afraid enslaved Americans could take up arms and crush the South.

Studying political science in college, I studied many of our founder’s writings. I never saw anything about that being the reason for the second amendment. In fact, as opposed to what the ACLU stated, most of America’s founders felt the right to bear arms protected Americans from being oppressed.

The ACLU echoes the sentiment, writing on their website that “Anti-Blackness determined the inclusion of the Second Amendment in the Bill of Rights, and has informed the unequal and racist application of gun laws.”

“The gun violence epidemic continues to spark debate about the Second Amendment and who has a right to bear arms,” the ACLU wrote. “But often absent in these debates is the intrinsic anti-Blackness of the unequal enforcement of gun laws, and the relationship between appeals to gun rights and the justification of militia violence.”

“Throughout the history of this country, the rhetoric of gun rights has been selectively manipulated and utilized to inflame white racial anxiety, and to frame Blackness as an inherent threat.”

The ACLU’s crazy charge sparked a lot of negative feedback:

The ACLU had a good run as a civil rights organization but it's hard to see it as anything other than a leftist identity group now. They're even willing to lie about a civil right for cheap likes from their core demo. https://t.co/RAt9WS4moW

This is abject nonsense. There is no historical evidence back up this assertion. https://t.co/hYLFZ1IILF https://t.co/KGgYfvdeIZ

Nonsense like this is why I let my membership expire

You’ve got it entirely backwards. Gun control is rooted in racism.

There’s a whole lot more like this, but you get the point.

Frederick Douglass, escaped slave, abolitionist, incredible orator, and writer,  was a big believer in the Second Amendment, as this famous quote indicates: 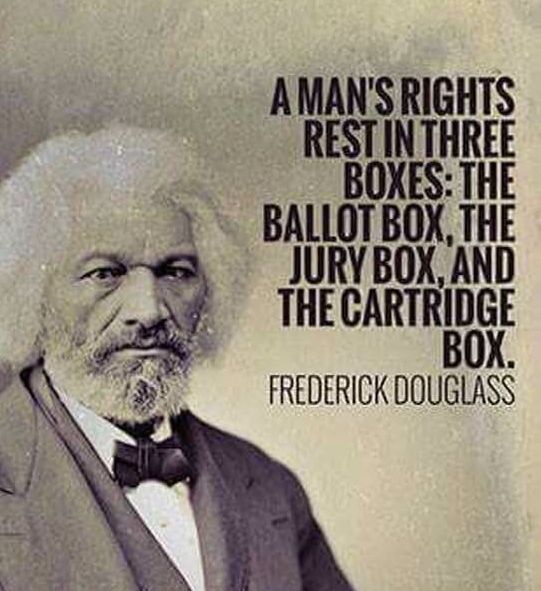 Black Americans were barred from owning firearms for decades, both before and after the Civil War. But the intent of the Second Amendment was focused on the individual right to keep and bear arms for the purpose of fending off an unruly federal government, according to writings of the Founders.

‘Black Guns Matter’ Founder Maj Toure told the Daily Caller that black Americans should arm themselves and not depend on the government. Toure explained that gun control, which is frequently pushed by Democrats, is rooted in racism.

Gun rights activist Colion Noir told the Caller that the “genesis of gun control was designed to keep guns out of the hands of black people.”

This, of course, is completely counter to what the ACLU is now claiming.

On a final note, Matt Barber reminded us in 2011 of the vision of ACLU founder Roger Baldwin:

I am for socialism, disarmament, and, ultimately, for abolishing the state itself… I seek the social ownership of property, the abolition of the propertied class, and the sole control of those who produce wealth. Communism is the goal.

“Communism is the goal.”  Got that? Surprised?