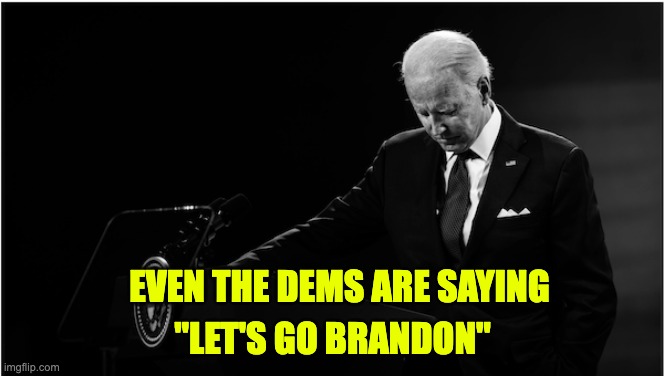 US President Joe Biden’s approval ratings are abysmal.  They’re so terrible, in fact, that the White House really has no way of denying it any longer.  Instead, they’ve turned to a strategy of simply suggesting that Biden will run for reelection again, essentially putting off all of the controversies until the voters have a chance to chime in.

It’s a slick trick, that’s for sure, but the latest polling among Democrats now shows why this is a terrible idea.

Just over one-third of Democrats want to see President Joe Biden as the candidate on the 2024 Democrat presidential ticket, an I&I/TIPP poll released Monday found.

The survey asked respondents, “Who do you want to see run for president on the Democratic ticket in 2024?”

Even among Democrats, specifically, Biden fails to see overwhelming support, as only 37 percent say they want to see him run again on the Democrat ticket in the next presidential election cycle. Another 16 percent of Democrats chose Harris, and 13 percent, overall, remain unsure.

37 percent of independents say they are “not sure” who they want to see run on the Democrat ticket, but only eight percent say it should be Biden.

And then, in a troubling blow to Biden’s perceived ability to snatch upvotes in the political middle, only 8% of independents said that they were in favor of Biden running again.