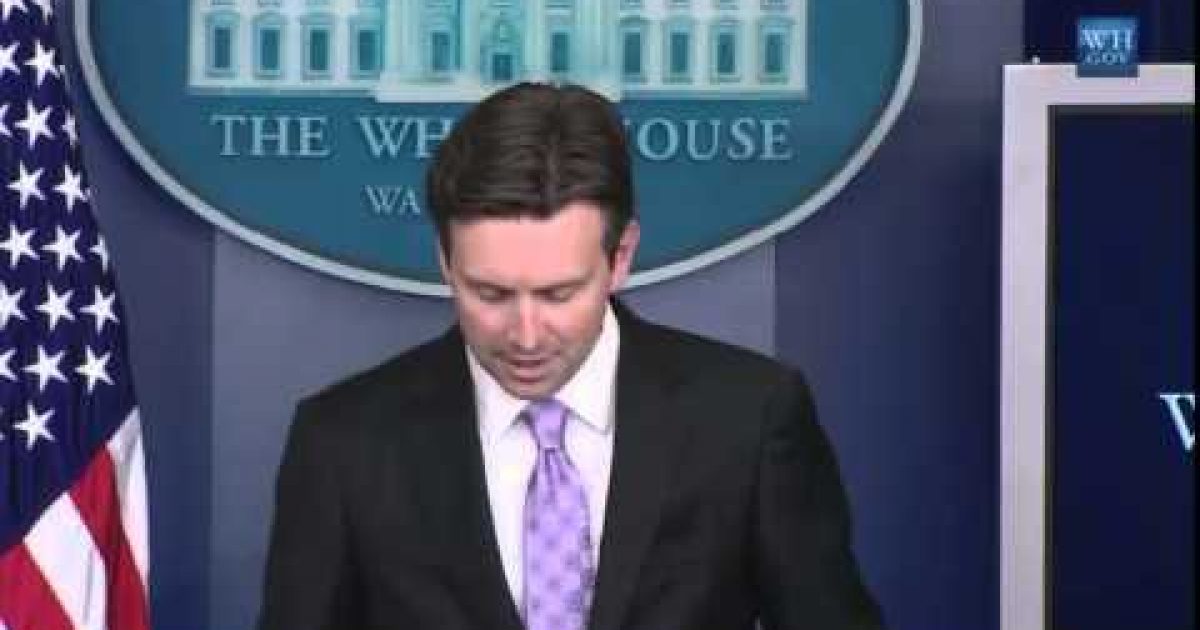 We are eight days out from midterm elections that could be highly consequential for this president. Why is he here without any public schedule at the White House, why did he spend the entire weekend completely outside of public view? How can he is not out campaigning with and for Democratic candidates in these races?

Earnest replied that Obama has “so many stops” scheduled in the coming week that “I have to look up exactly where the president’s traveling.” He read off stops in Maine, Rhode Island, Michigan, Philadelphia, and Connecticut, all in support of Democratic candidates.

Karl pushed back,  “You’re not going to stand there and tell me the president’s been actively campaigning in these midterm elections.”

Earnest said, “I think any examination of the president’s schedule would indicate a serious commitment to supporting democratic candidates on the ballot.”

Karl asked Earnest to name the Senate Democrats with whom the president has campaigned in this cycle. The White House spox cited Michigan Democratic Senate candidate Gary Peters and Minnesota incumbent Al Franken as examples (both candidates in liberal states and who have big leads)

Finally Karl asked what we all knew, “You don’t agree the president’s been considered politically toxic to many of those Democrats running?”

Not wanting to lose his job, Earnest answered,  “I do not agree with that assessment.”