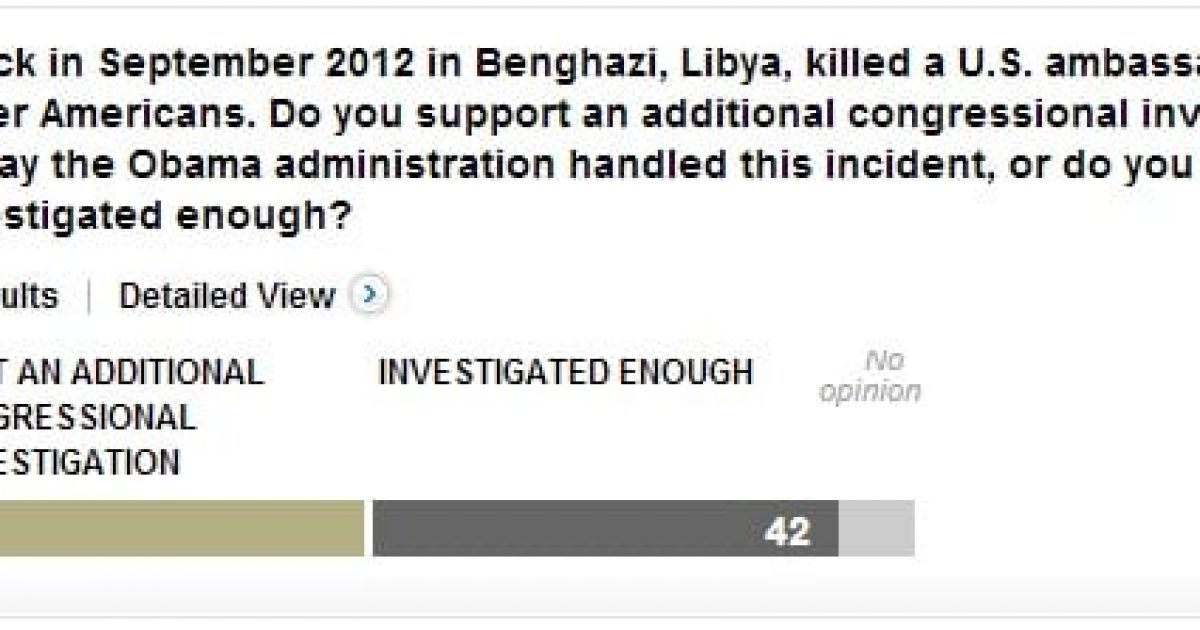 Despite the attempts by the Administration and Democrats to obfuscate the remaining questions about the 9/11/12 attack on the US Mission in Benghazi, Americans want the new House Select Committee on Benghazi

A new Washington Post-ABC News poll shows by a 51% to 42% margin Americans  approve of the new panel. Neither ABC or WAPO is considered a news outlet biased  to the right.

According to the poll 72%  of Republicans support the investigation, only 31% of Democrats support it, and most importantly 52% of independents want the committee.

The reason Americans want an investigation? Because they don’t believe Democrats when they say that all the questions have been answered.

In fact, the number of Americans who think the Obama administration has covered things up (58 percent) is even larger than the number who want the investigation (51 percent). Americans say 58 to 32 percent that Obama has covered things up rather than being honest about what happened. That’s a bigger gap than last year, when it was 55 to 33 percent (though the shift is not statistically significant).

They also don’t think former secretary of state Hillary Rodham Clinton is anywhere close to blame-free. The poll shows 50 percent of Americans disapprove of Clinton’s handling of the situation, with just 37 percent approving.

What is important now is that the Republicans on the committee do not overreach and blow their support. But with Trey Gowdy at the helm, with his zeal for the truth and distaste for politicization, the overreach is not likely to happen.