Abbas’ Fatah Party Calls for the Kidnapping of Israeli Soldiers 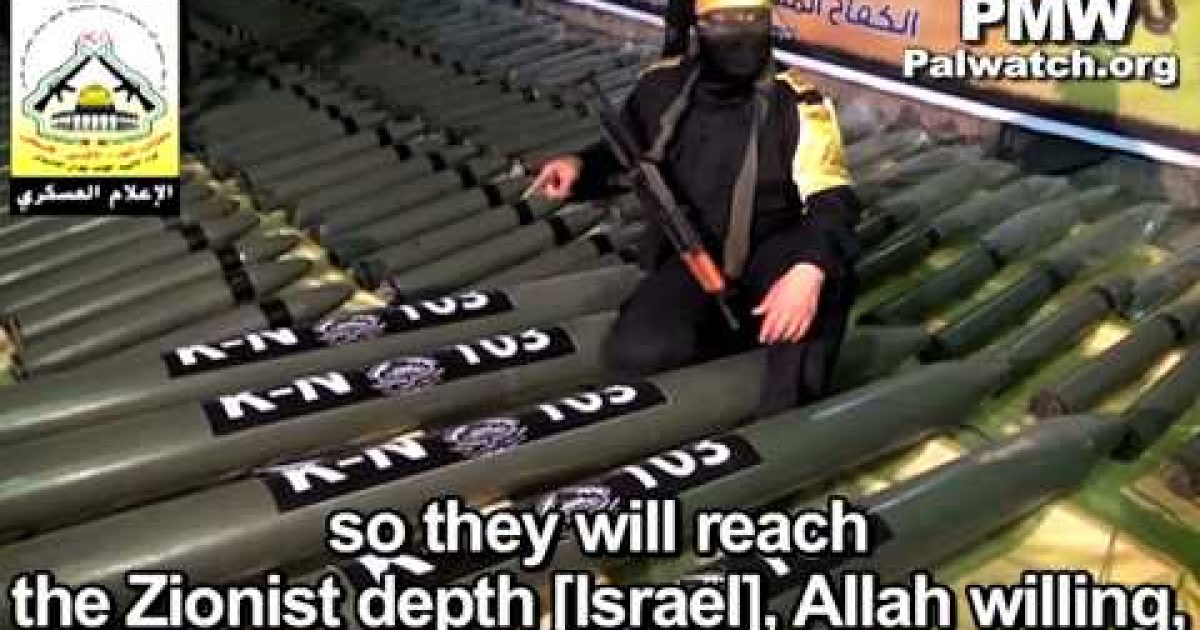 
“Death is in your cup – make them [Israelis] drink”

“We are preparing to kidnap Zionist soldiers,” is part of a promise made by the terror organization Al-Aqsa Martyrs’ Brigades – the military wing of Fatah, and published in a video on Fatah’s official “Main Page” on Facebook.

In the video, a masked terrorist sitting among dozens of rockets states that the Al-Aqsa Martyrs’ Brigades is preparing to kidnap Israeli soldiers in order to “empty out the Zionist prisons.” This is a warning that Fatah terrorists plan to follow the precedent set by Hamas, who kidnapped Israeli soldier Gilad Shalit and held him hostage for five years until Israel released over 1,000 terrorists including many murderers, to enable Shalit’s release:

“We are preparing to kidnap Zionist soldiers to settle accounts with the Zionist enemy properly, in order to empty out the Zionist prisons.”

The same video threatens to fire rockets that will “reach the Zionist depth,” and “strike the Zionist enemy on its own ground.” A song in the video calls to kill Israelis – which is worded as “death is in your cup – make them [Israelis] drink.”

Fatah, headed by PA leader Mahmoud Abbas, claims to have recognized Israel. However, the video refers to Israel as “occupied Palestinian territories”:

“These rockets… will reach the Zionist depth [Israel], Allah willing, to a distance of 45 km. inside the occupied Palestinian territories.”

Palestinian Media Watch has documented that Fatah uses its Facebook page for glorifying terrorists, among them suicide bombers, and promotes violence.

Click to see more examples of the PA and Fatah policy of using social media to glorify terrorists.

The following is a longer excerpt of the video publicized by Fatah:

Song: “Detonate your revolution of rage in their midst
Bombard them with your fire and shoot them…”

Masked terrorist: “The Al-Aqsa Martyrs’ Brigades… Praise Allah, our Jihad fighters have managed to develop these rockets so they will reach the Zionist depth [Israel], Allah willing, to a distance of 45 km. inside the occupied Palestinian territories. We will strike the Zionist enemy [Israel] on its own ground… Yes, we in the Al-Aqsa Brigades are preparing to kidnap Zionist soldiers to settle accounts with the Zionist enemy properly, to empty out the Zionist prisons…”

Song: “Slap the tyrant’s face and rebel
Step over the oppressor’s ambitions
Be like Yasser [Arafat] – do not fear them
Death is in your cup – make them drink!…