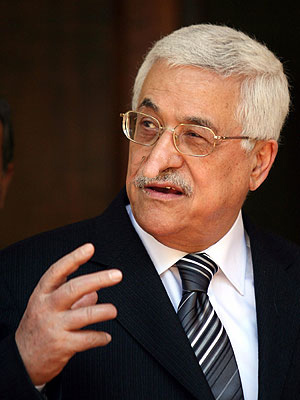 Abbas says that Olmert broke a promise to release prisoners before the Muslim holiday that started today…but it seems to me that it is the former terrorist whose nose is pulling a Pinocchio.

From the Jerusalem Post. The continued firing of Kassam rockets on the western Negev was the major reason Israel decided against releasing a symbolic number of Palestinian prisoners before the Muslim festival of Id al-Adha that began on Saturday, senior sources in the Prime Minister’s Office said after nightfall. The sources said other considerations militating against the release were concern that freeing a couple of dozen prisoners, none of them the “heavyweight” security prisoners, would not have done anything to bolster PA Chairman Mahmoud Abbas on the Palestinian street, and the realization that contrary to what is generally believed, Israel has not “automatically” released prisoners before the holiday in the past. Abbas, according to Israeli sources, brought up the idea of a symbolic release in last Saturday night’s meeting with Olmert, saying that it was traditional for Israel to free prisoners before the holiday. Olmert, according to the officials, was noncommittal, saying he would bring up the possibility with the cabinet and consider the issue. Abbas, who traveled to the Gaza Strip on Saturday for the first time since the outbreak of deadly Hamas-Fatah factional violence earlier this month, accused Olmert of breaking a promise to release prisoners ahead of the holiday. “Unfortunately, this didn’t happen, and we hope that he will fulfill his promise after the holiday,” Abbas told reporters. Israeli officials said Olmert never made any commitment, telling Abbas only that he would look into the matter.

Feel Bad for Abbas, because with every word out of his mouth his nose continues to grow. Just look at the ceasefire war that has been going on—75 Quassams since Abbas and Olmert agreed to a ceasefire. Or read about the Lame Excuses the Palestinians and their supporters make:

FrontPageMagazine.com | December 29, 2006 That American progressives should have aligned themselves with the terrorists in Gaza comes as no surprise and is hardly interesting. American progressives have aligned themselves with totalitarian movements since 1917 and, indeed, since 1789. It is what they do and who they are. What is interesting are the pathetic excuses they make for 21st Century Nazis. In the December 28th Nation Chris Hedges has a defense of Jimmy Carter’s latest effort to the throw the Jews to the lions. In the course of feeding the anti-Jewish frenzy of the Islamic crusaders, Hedges explains the fratricidal conflict between Palestinian factions in Gaza. For those not paying attention, a highlight of this mayhem was the assassination of three Palestinian children aged 3 to 9 who were on their way to school. The deed was done to punish their father for belonging to the wrong Palestinian terrorist group. Approximately 500 Palestinians have been killed by other Palestinians in this feud. Hedges’ explanation for this nightmare is drawn from the fertile brain of an Israeli leftist: “[The Palestinians in Gaza] are behaving as expected at the end of the extended experiment called ‘what happens when you imprison 1.3 million human beings in an enclosed space like battery hens.’” This is pretty neat. For forty years – since Israel liberated Gaza from Egyptian rule – Arabs have complained about the “occupation” of their “homeland.” To begin with, this is one of innumerable Arab lies that underpin their unworthy cause. The reason for the presence of Israeli troops was 1) Gaza was a hostile corridor across which Israel was invaded three times; 2) the Arabs have been in a state of declared war against Israel since 1948; and 3) there were 7,000 Jews living in Gaza who, unlike the Arabs living in Israel, would be slaughtered if there were not Israeli troops to protect them. Hedges and his friends, of course, relentlessly overlook the genocidal ambitions of the Palestinians in discussing the conflict in the Middle East. In 2005, the Israelis left Gaza and evacuated the Jews – by the way its most productive and law-abiding citizens. So now that it is liberated, Gaza is – a prison! This is the explanation for Palestinian crimes against themselves. And of course the entire Middle East will be a prison until Jew-haters like Hamas and Nation progressives have their way and Israel is wiped off the map. But this is only the beginning of the progressive explanation for the assassinations of three-year-olds. It seems that in the progressive mind Palestinians have the brains of chickens. When cooped up, they kill each other. Actually, not even chickens are this cluekess,They have to be more than cooped up; they have to be packed like sardines. But why do only Palestinians react this way? Gaza is a lot bigger than the Warsaw Ghetto, for examples, where 500, 000 Jews were actually imprisoned (unlike the Arabs of Gaza). Yet no Jews, in those circumstances, went around killing three- to nine-year-olds. Anne Frank and her family were actually penned up like battery hens. It didn’t make them assassins. Of course they didn’t have a religion like Islam in which assassins — the word itself is Islamic — are regarded as saints. There are more than a million Arabs living in Israel – roughly the number of Arabs living in Gaza. By The Nation’s standards, you could say they were penned up like battery hens. Yet they don’t go around killing each other. The reason is that in Israel – unlike any other Arab state – they are free. They are even part of the Israeli government. And unlike the Arabs in Gaza they are not followers of a state-sponsored death cult which teaches them to kill for Allah and especially to kill Jews. This death cult is the problem in the Middle East, the source of the conflict and the reason why Palestinian factions are killing each other. The death cult calls on its followers – the same religious fanatics that progressives have embraced – to kill and be killed for God. Of course, this genocidal mission begins with the Crusader-Zionist alliance, Americans and Jews. But it hardly ends there. Here is a frenzied utterance of the late and unlamented head of Hamas,Abdel Azziz al-Rantiss (mercifully terminated by Israel): “We realize that Bush is the enemy of God, the enemy of Islam and Muslims. America declared war on God. Sharon declared war on God and God declared war on America, Bush and Sharon.” But it only begins with Bush and Sharon. If you are in the army of God then those who opposed you, even if they are in your own camp, are not. During the current mayhem in Gaza, followers of Mahmoud Abbas and Fatah fired on a Hamas rally in the West Bank. This was the response, as reported by ABC on December 16: “What a war Mahmoud Abbas you are launching, first against God, and then against Hamas,” senior Hamas leader Khalil al-Hay told a Gaza City rally of 100,000 Hamas supporters, who fired their guns in the air and chanted ‘God is Greatest.’” In other words the sickness that has consumed the Palestinians of Gaza and the West Bank is self-generated, an emanation of the death cult they have been nurturing for decades. On the other hand, if you’re a progressive, blame it on the Jews. After all that is how your genocidal friends would explain it themselves

On a MUCH MUCH more Positive NoteI know Chanukkah is over but someone sent me a neat movie of Israeli Chanukkah Pictures a with a great kid choir background. I would post it here, but I don’t know how…so click here to see this great Gil Ronen Video