A Meme-rable Look At The Democrat’s Lousy Week 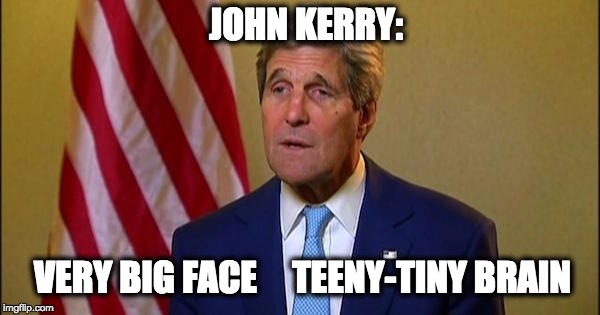 From the day after the Republican convention to just about a week ago, things have been awful for Donald Trump, lets face it most of Trump problems were self inflicted. But recently Trump eliminated the unforced errors and it’s been the Democrats making the mistakes especially Hillary as the drip, drip, drip of the Clinton Foundation and email scandals continue.

They say a picture is worth 1000 words, but rather than write a 14,000 word summary of the past week, we’ve summarized it with 14 pictures.

We picked up the fun when the FBI found about 15K work emails and documents from her time as secretary of state that Hillary never turned over. 30 of them were Benghazi related.

While we still don’t know the whole truth about the Benghazi Terrorist attack, one thing we do know:

Even though Benghazi is a terrorist controlled area in a failed state, the city does has possibilities:

Hillary’s problems have gone way beyond Benghazi it seems as if every day she is caught in another lie:

Every time there are new emails release we learn about another pay to play revelation about the Clinton foundation, which wasn’t all Hillary, she had help:

Hillary’s spokespeople were all over the news talking about how wonderful the Clinton Foundation was, no one pointed out that while Donald Trump donated $100K out of his own pocket to the Louisiana flood relief (and visited flood victims):

Not everything about the Clinton Foundation was “pay to play.” An embarrassment for Mrs. Clinton was when it was revealed that a major donor to the foundation Gilbert Chagoury was blocked from entering the U.S. because of his ties to terrorism.

This week also featured more rumors about Hillary’s health which seemed to be confirmed by the FBI documents released on Friday.  But even before the labor day weekend document dump doctors may have figured out Ms. Clinton’s problems.

Clinton’s supporters say we spend too much time on the scandals, we should be talking policy. While I don’t agree let’s spend a minute on her Job’s plan

Former Congressman Anthony Weiner got caught sexting again. I guess it’s three strikes you’re out, because this time Huma Abedin said the marriage is over. I don’t blame her, especially after I received the following on my iPhone:

Then there is the present secretary of state John Kerry. Mr. Kerry is not that smart—lets face it he’ is a few fries short of a Happy Meal. Kerry proved his lack of intelligence again when he said one of the reasons for terrorism is that the media cover terrorist attacks.

The FBI released their notes about the Hillary Clinton investigation and along with further incriminating Ms. Clinton, it explained why she wasn’t indicted. Forty times Hillary Clinton answered that she didn’t know things that anyone else in her position would easily know.  And each time she said she didn’t know, there were no follow-up questions from the FBI interviewers. Perhaps they should have picked different agents.

President Obama didn’t have a great week either. Especially when he landed in China early Sunday. The POTUS got no respect.

A review of this week would not be complete without recognizing the passing of a great comedic actor, Gene Wilder

I would post some more but I have this strange feeling I am being watched.

So that will be it…until next meme time.