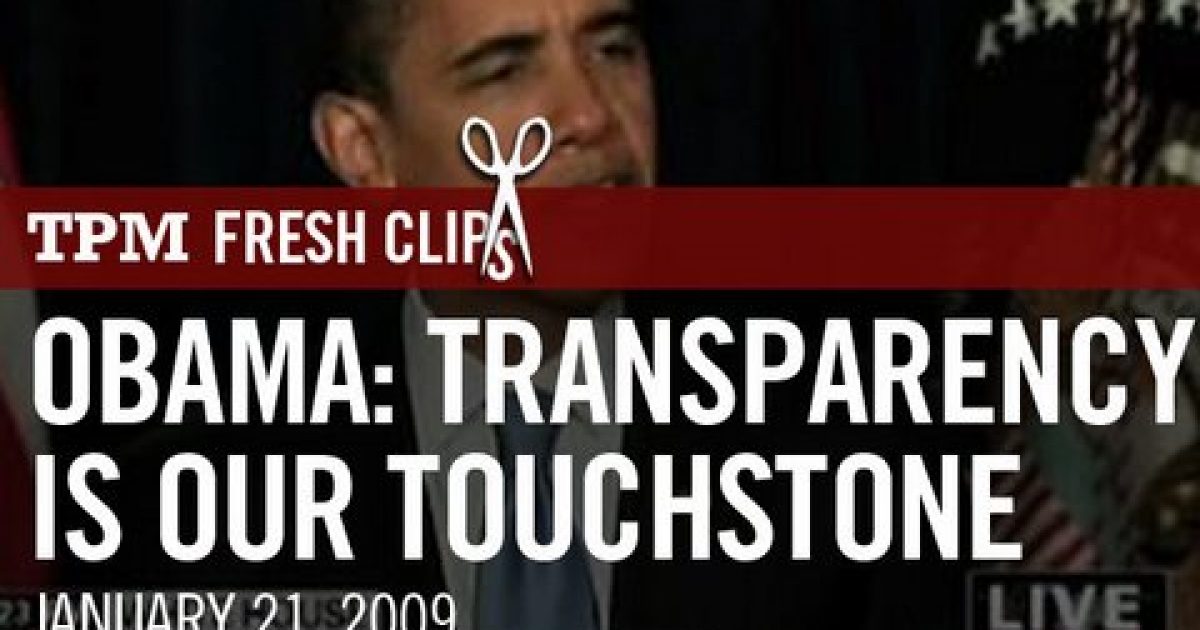 A coalition of 53 journalism groups condemned Barack Obama, the guy they helped to elect, for blocking the release of information despite his promise to be the most open and transparent president ever. The Society of Professional Journalists (SPJ) has tried to end the Obama administration’s stonewalling of information the public deserves to see.

The SPJ speaking for the Journalism organizations sent a letter to Obama earlier this week him to change that constrict information flow to the public, such as prohibiting journalists from communicating with staff without going through public information offices, requiring government Public Information Officers (PIOs) to vet interview questions and monitoring interviews between journalists and source. SPJ had sent a similar letter on July 8, 2014, and a when that was ignored they sent another on Aug. 5, 2014, that second letter received a non-response response (Josh Earnest laid out ways he believed the president has been transparent) from the White House on Aug. 11, 2014

According to David Cuillier, chairman of SPJ’s Freedom of Information Committee the most recent letter was sent because:

“President Obama pledged to lead the most transparent administration in history, but we have yet to see this promise fulfilled. His term may be coming to a close, but it’s not too late to make some real changes in the way officials work with journalists to improve the accuracy and speed in which important information is relayed to the public.”

“The United States Freedom of Information Act celebrates its 50th anniversary on July 4, 2016. Now is the perfect time for the President to change the practices of his administration and participate in a public dialogue toward improving the flow of information to the American people,”

The letter outlines specific examples of what many journalists see as a form of censorship:

“fundamentally restrict the quality of the information that citizens get about what government agencies are doing. When researchers, administrators and experts cannot speak freely, it becomes impossible to get a full and honest picture of a government program or policy. Such secrecy only fuels distrust and gives members of the public a right to wonder what is being done in their name, with their money,”

“Surveys of journalists and public information officers demonstrate that the restraints have become pervasive across the country,” Foxhall said. “This information suppression is fraught with danger – especially when it concerns the health and safety of the American people.”

“(…) Some federal officials have said these policies are appropriate because employees can become whistleblowers to report wrongdoings. These whistleblower policies do not work,”

Beth Parke, executive director for the Society of Environmental Journalists, agrees that when interviews are denied or delayed, when environmental test results, enforcement data or scientific findings are suppressed, the public is cheated.

“Readers, viewers and listeners rely on local media. What’s safe to drink when a spill causes a water crisis? What does it mean when oil-by-rail explodes? When press officers block access to people who could answer detailed questions, there are consequences — for public health and for democracy. We have a right to know, and journalists have a job to do.”

Never before has such a broad-based coalition of journalism and good-governance organizations spoken out on this issue. The growing number of examples of “mediated access” have not just frustrated journalists but have led to specific cases of important information not reaching the public.

“Transparency can’t just be a buzzword or an applause line,” said Joshua Hatch, Board Vice President and Legal Committee Chair, Online News Association. “It has to be a commitment from the highest levels to every hall of government. Without it, journalists are hamstrung, the public is kept in the dark and democracy suffers.”

While journalists acknowledge and appreciate the assistance PIOs often provide in helping schedule interviews and putting reporters in touch with the appropriate contacts, for example, many say access is all too often hindered instead of helped.

“Throwing PIO roadblocks in the path of journalists contravenes the spirit of open government and free flow of information,” said Bruce D. Brown, executive director, Reporters Committee for Freedom of the Press. “While we appreciate the role of PIO as a facilitator, there is no substitute for reporters speaking directly to sources.”

And for those who enjoy history, remember this promise from 2009?