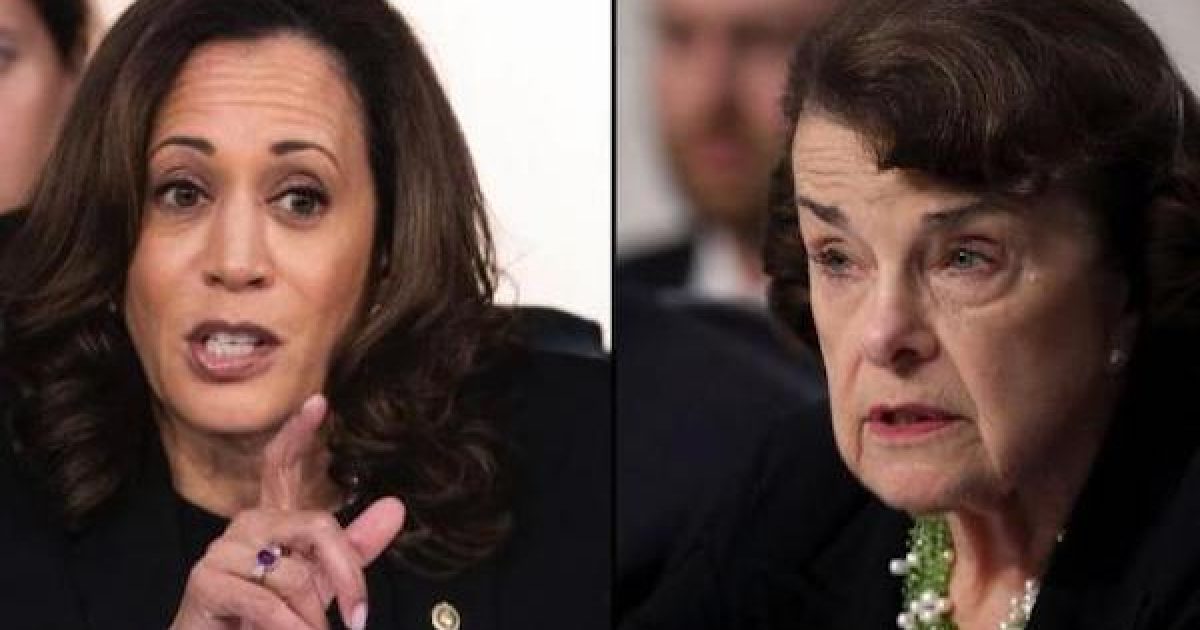 President Donald Trump has infuriated California Senators Dianne Feinstein and Kamala Harris by re-nominating a pair of conservative judges to occupy vacancies on the liberal 9th Circuit Court of Appeals over their objections, according to Fox News.

It’s part of the president’s efforts to reshape and balance the courts with conservative jurists. The 9th Circuit has a history as the most liberal and often overturned circuit court in the nation. It’s the court liberals go to when they want a Trump policy overturned.

.@SenKamalaHarris and I even identified candidates selected by the White House we could support to demonstrate our willingness to work cooperatively. Unfortunately, the White House is moving forward with three nominees to a circuit court who have no judicial experience.

Uh-Oh I think that means Senator Feinstein is going to make up a sex scandal about these judges and Senator Harris will swear to it.

Feinstein and Harris had objected to the nominations of Judges Daniel Collins and Kenneth Lee last fall. They had hoped to “work together” with the White House on filling the two open spots. In other words, they wanted him to pick liberals. Although I am not an attorney, I believe the correct jurisprudence term for what the president did in appointing those judges is “lenta stercores dominarum” which when translated from the Latin means something like,  “Tough sh*t Ladies.”

Trump’s ability as president to change the complexion of the federal courts was a significant factor in his 2016 election. Gun owners especially wanted to keep Hillary Clinton out of the Oval Office, where she would have nominated judges and Supreme Court justices who might disagree with the 2008 Heller ruling that affirmed the Second Amendment protects an individual fundamental right to keep and bear arms.

Trump has placed both Kavanaugh and Neil Gorsuch on the high court, and earlier this week the court signaled that it was prepared to start retaking Second Amendment cases when it accepted a challenge to New York City’s restrictive handgun law.

In all, the White House submitted 51 nominations to the Senate Judiciary Committee. Balancing the federal courts may be Trump’s greatest legacy because the appointments are for life and federal judges do not have to run for re-election. That removes, at least theoretically, any potential of political pressure on judges to reach certain decisions.

While Feinstein and Harris are reportedly furious, Judiciary Chairman Sen.Lindsey Graham (R-SC) seemed happy with the Trump selections. He promised the committee would begin working on the nominations quickly.  Trump’s right-wing additions to the appellate courts will create a circuit court system that follows the constitution.

The liberals are frightened the conservative courts will uphold President Trump’s policies, the Second Amendment and decide that the Constitution doesn’t include the right to kill babies.

Right now the liberals are particularly alarmed that the Supreme Court accepted the New York gun law case. They would rather have the city change its gun ordinance to moot the case, but that might only be a stop-gap effort because there are a couple of other gun rights cases waiting in the wings for the high court to accept.

Associate Justice Clarence Thomas has complained in at least one dissent that the high court, by not accepting other gun rights cases since it handed down the McDonald ruling in 2010, has been treating the Second Amendment as a second-class right

But with the new judges, our courts will no longer address the Constitution as a second-class document.