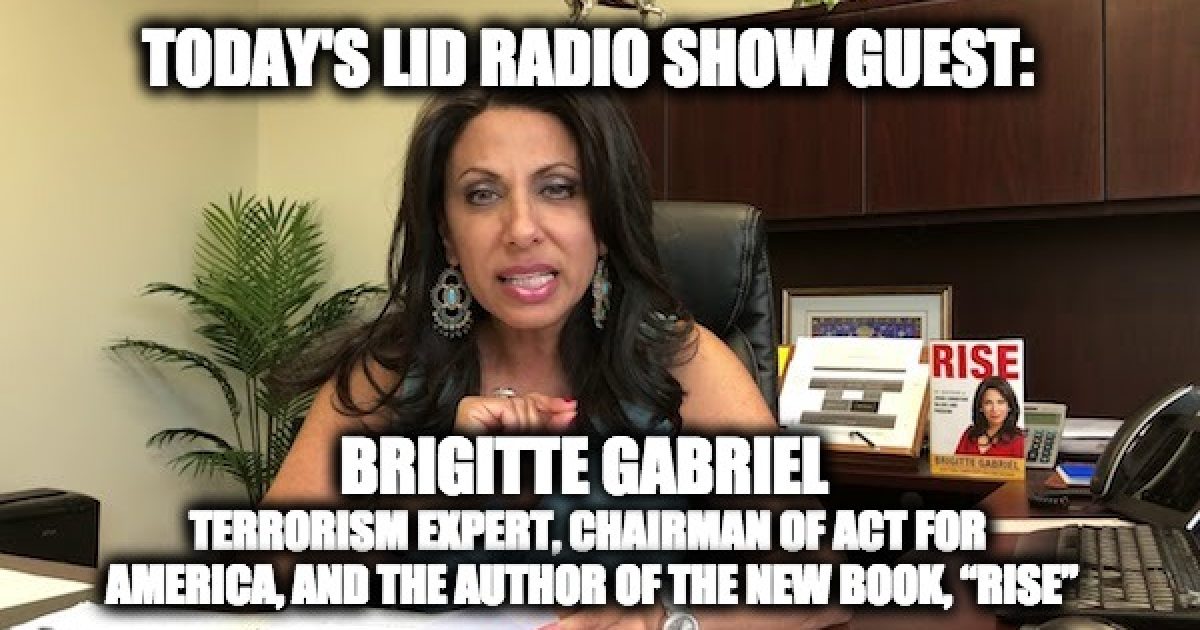 Today Wednesday, Sept. 12 we will have a very special guest on the Lid Radio Show, Brigitte Gabriel,  Founder and Chairman of ACT for America, one of the leading terrorism experts in the world. Ms. Gabriel regularly provides information and analysis on the rise of global Islamic terrorism.  She lectures nationally and internationally about terrorism and current affairs. Her expertise is sought after by world and business leaders and Ms. Gabriel has been named one of the top 50 most prominent speakers in America (note I wasn’t on that list so I must be #51). 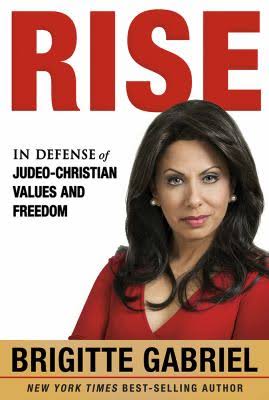 Ms. Gabriel and I will be discussing her great new book, RISE, In Defense of Judeo Christian Values which was officially published yesterday on 9/11 appropriately on the anniversary of America’s worst attack of terrorism. The book is available now at Amazon.com, Barnes & Noble.com and other great bookstores.

RISE is a great is a great book that unlike other books by national security scholars doesn’t speak down to the average American. It is filled with real data and compelling facts that will both anger and frighten you about how the dangers facing the Judeo-Christian values that built the U.S. to be the greatest country in the world. RISE explains how a coalition of liberals and Islamists are using political correctness and the biased media are preventing Americans from learning the truth about those dangers. While we might feel warm, cozy, and protected, we are not protected. That same political correctness combines with government incompetence leave the average American vulnerable to terrorism

This book does not just Identify the problems, Ms. Gabriel uses incredible facts and convincing data to explain her points, teach the reader how to identify the threat and arm the reader to fight our enemies who undermine our nation at every level of society. And she doesn’t stop there. IMHO one of the best features of RISE  is found at the end of each chapter. It’s called “Rise and Act,’ a page or two of simple ideas providing the average American with easy actions they can do to prevent the destruction of the Amerca created by Judeo-Christian values.

So PLEASE mark your calendars for 2pm EDT Today and join Brigitte Gabriel and me on the Lid Radio Show, You can listen here at Lidblog.com, or at SHR Media.com. And as usual, the podcast will be available here at Lidblog an hour after the program.