68 Years Ago Today The U.N. Created A Jewish State (They’ve Been Trying To Destroy It Ever Since) 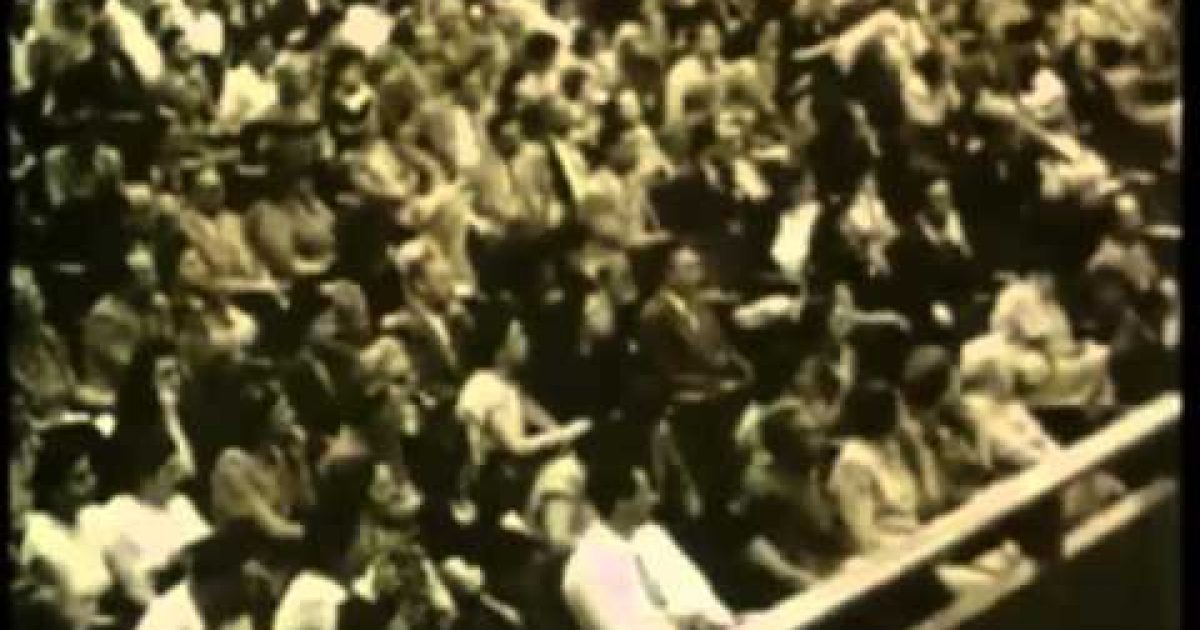 Sixty-eight years ago today by a vote of 33 to 13 (plus 10 abstentions including the cowardly U.K.) the United Nations passed Resolution 181, the partition resolution calling for dividing Palestine into Independent Arab and Jewish states.  (Yes the UN said it was to be a Jewish state).

As described by Binyamin Netanyahu

And on that very same day, November 29th, 1947 the Arab world declared war on the nascent Jewish State, sixty-two years later they still refuse to acknowledge that Jewish State’s existence, nor will they allow her citizens to raise their children in peace.
Even as we look toward the horizon, we must be firmly connected to reality, to the truth. And the simple truth is that the root of the conflict was, and remains, the refusal to recognize the right of the Jewish people to a state of their own, in their historic homeland.

In 1947, when the United Nations proposed the partition plan of a Jewish state and an Arab state, the entire Arab world rejected the resolution. The Jewish community, by contrast, welcomed it by dancing and rejoicing.

Despite being the treated as the scapegoat for all the world’s problems, Israel has spent much of the past 68 years as the Middle East version of Reagan’s shining city upon the hill, that may be one of the reasons she is hated so much by so many people (including the present U.S. president):

In the last 60 years, the UN’s partition decision has been overwhelmingly vindicated. In a region plagued with religious extremism, tyranny and economic stagnation, Israel stands as a model of democratic pluralism, economic growth and human progress. The Jewish state has contributed to the global community in myriad ways, including an entrepreneurial social sector and a cutting-edge high-tech economy. It has also generously offered its assistance to all countries in need. Yet Israel’s right to exist is still under attack, often by the same forces that rejected the two-state solution six decades ago.

…..In an Orwellian twist contrived by Arab countries, the UN in 1977 declared Nov. 29 a “Day of Solidarity with the Palestinian People.” This distorted the original UN decision beyond recognition – using it to undermine, rather than promote, the cause of peace. Last year’s “Day of Solidarity” UN event, for example, featured a large map of “Palestine” on which Israel did not appear. The official explanation was that it was simply that the map predated Israeli independence – but the implication of a Palestine without Israel was clear.

Diane Steinman wrote the words above eight years ago on 60th anniversary. When she said, “it’s time for UN member states to reclaim the moral high ground and to once again allow the United Nations to become a relevant player in the quest for peace,” she was only partially right.

Unfortunately, Amos Oz’ dad was wrong ..Israel and Jews all over the world are bullied and just because we are Jewish. President Obama, the Muslim world, and the Organization that helped to birth the Jewish State, the United Nations are doing their best to lead the rest of the world to make Mr. Oz a liar.

It is immoral the way our President has thrown Israel under the bus every opportunity he can, the way he has been trying to force an Anti-Israel organization, J-street down the throats of American Jews, and the way he has broken previous US/Israel agreements, tried to de-legitimize her and cast her as evil, and sold out Israel to her enemies including Iran.

The United States must also regain the moral high ground which it held for much of the Bush Administration. Terrorism is evil no matter who does it Mr. Obama. It is disingenuous for us to continue to reward and “prop up” President Abbas a man who leads an organization Fatah, which is still trying to destroy Israel through terror, which still refuses to recognize Israel as a Jewish State, or recognize any of the Jewish holy sites as Jewish.

And at times Israel has been her own worst enemy, negotiating with terrorists like Arafat and Abbas, even though peace has always been the furthest thing from their minds.

Trump Tells Newsmax TV He ‘Can’t Imagine’ Someone Else Winning In 2024
March 1st, 2021 The Political Cowboy