40 Years Ago Sadat Came To Jerusalem Ignoring Pres. Carter Who Tried To Stop Him 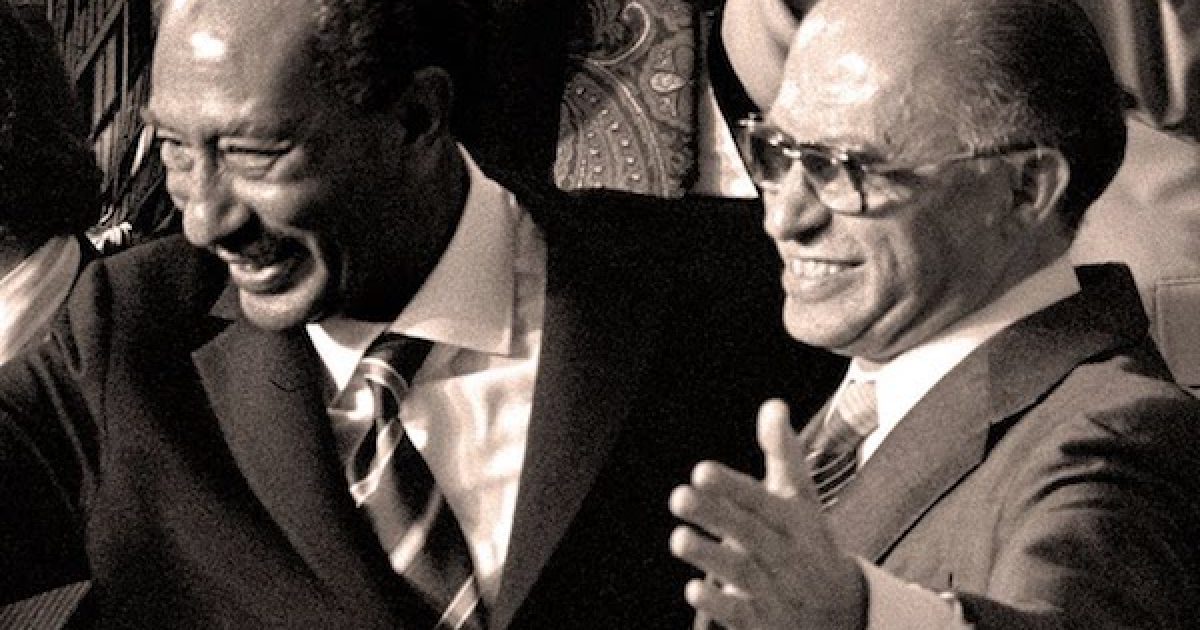 On March 26, 1979, the peace treaty between Israel and Egypt was signed in Washington, D.C. But the peace treaty almost never happened because U.S. President Jimmy Carter tried to scuttle the talks at their origin— when Anwar Sadat said he would visit Jerusalem. But Sadat went anyway and arrived at the Israeli Capital 40-Years-Ago today, November 19, 1977.

Carter was pushing a “Geneva Peace Process” which included all of the Arab Nations, but Sadat felt that the process was all “show” and couldn’t see a way to form a united negotiating bloc with his Arab (mainly Syria, Libya, and Iraq) allies.

So Sadat took the initiative and on November 9, 1977, he delivered a speech in Egypt that stunned the world. He stated that he would travel anywhere, “even Jerusalem,” to discuss peace.

That speech led Begin government to declare that, if Israel thought that Sadat would accept an invitation, Israel would invite him. Actually, it Walter Cronkite negotiated the entire thing.

Prime Minister Begin’s response to Sadat’s initiative, demonstrated a willingness to engage the Egyptian leader. Like Sadat, Begin also saw many reasons why bilateral talks would be in his country’s best interests. It would afford Israel the opportunity to negotiate only with Egypt instead of with a larger Arab delegation that might try to use its size to make unwelcome or unacceptable demands.

Thus the two began bilateral talks. According to Yossi Alpher, a former senior adviser to Prime Minister Ehud Barak and former director of the Jaffee Center for Strategic Studies at Tel Aviv University:

When Sadat announced he was going to Jerusalem, the Carter administration understood the move as yet another attempt, this time by an Arab leader, to scuttle its scheme to bring everyone together in Geneva. Carter wanted a comprehensive process. Now not only Dayan but Sadat seemed to prefer a bilateral one.Carter’s people had no inkling of the secret talks in Morocco between Dayan and Sadat’s representative, Hassan Tuhami, that paved the way for Sadat’s initiative. Indeed, in a sense Egypt and Israel were ganging up to push Carter off his Geneva track.

By December 1, 1977, three weeks into the Sadat peace initiative, the Carter administration had offered only the faintest approval for the Egyptian president’s visit to Jerusalem, and had not yet abandoned its support for Geneva in favor of the bilateral Egyptian-Israeli process that Sadat, Begin and Dayan were actively proposing.

Meanwhile, a mechanism had yet to be created for Israel and Egypt to pursue the talks begun by Sadat and Begin in Jerusalem. The Egyptian president suggested to Begin that Israel place a secret representative in the American embassy in Cairo. With American “cover,” the true identity of the Israeli, who would liaise between the Egyptian and Israeli leaders, would be known only to the American ambassador in Cairo.

Sadat’s liaison initiative spoke volumes about his reasons for wanting to make peace with Israel. He wanted an alliance with the American superpower and he wanted to kill Carter’s Geneva initiative. His trip to Jerusalem signaled a major reorientation of Cairo’s place in the global scheme of things, from the Soviet to the American camp.

Carter’s acceptance of the proposed liaison scheme would have signaled American backing for Sadat’s unprecedented peace initiative. But Carter said no.

Carter wanted his Geneva talks. He didn’t care that the peace process already begun by Sadat and Begin might lead to peace, Carter wanted his plan or nothing. You see Carter’s vision of a Geneva conference would be run by the U.S. and the USSR, and Israel would be facing the terrorist PLO, and Israel’s neighbors including,  Egypt, Syria, Iraq, Libya, Lebanon, and Jordan. It would not be a negotiation because when one considers that the Arab countries were Soviet satellites, and the Carter administration’s ideological orientation was anti-Israel it seemed to ensure the conference would be all the participants vs. the Jewish State.

Thankfully Carter couldn’t stop the approaching peace train. Within days Israeli journalists were allowed into Cairo, breaking a symbolic barrier, and from there the peace process quickly gained momentum.

So you see Carter did his very best to screw up what became his only foreign policy success (unless you want to count the release of the hostages from the Iranian embassy, but that would have never happened if Ronald Reagan wasn’t about to be inaugurated as President)