Over 2,000 Migrants In Quarantine At Border For Diseases 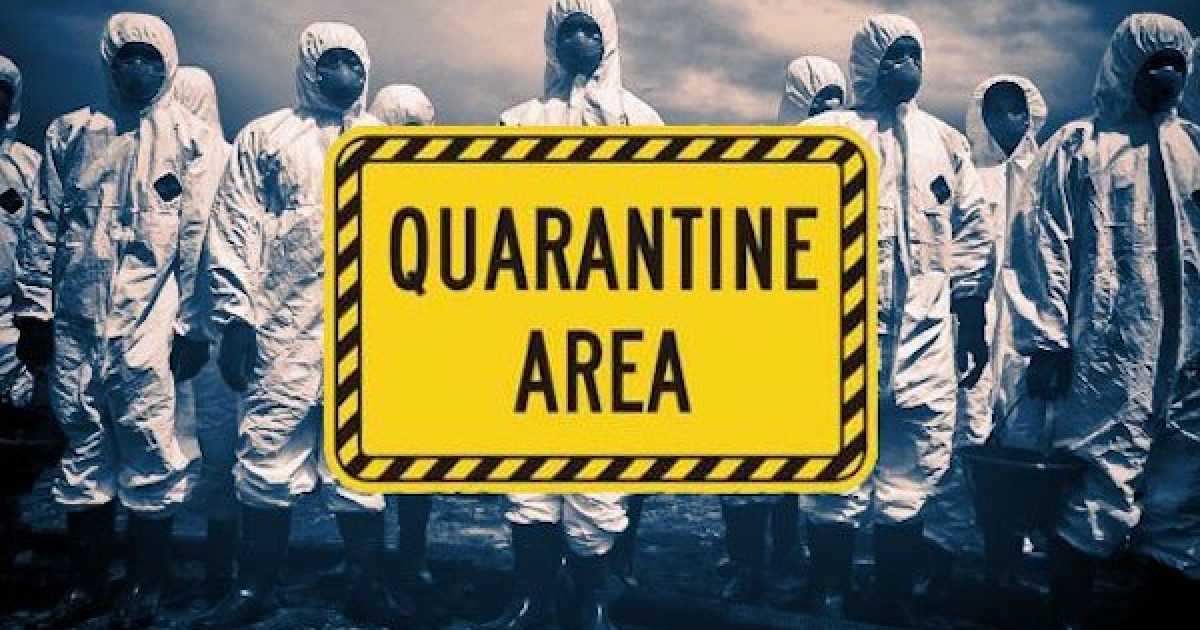 As of March 7, there were 2, 287 migrants in quarantine in various ICE facilities around the nation, according to Reuters. From Mumps to Influenza, to chicken pox, there are communicable diseases at the border. And at least 50,000 detainees. No crisis there, right?

Liberals like to dispute claims that some of the Illegal Immigrants sneak into the United States are bringing serious illnesses with them. Last week this site reported that there were nearly 200 cases of illegal immigrants with mumps in Texas detention centers alone.

Diseases like Mumps and Chickenpox are highly contagious. While asymptomatic migrants are allowed to be moved around, authorities may not notice they are actually sick until someone comes down with an illness. That occurs even at facilities contracted to private companies like Pine Prairie.

The first cases at Pine Prairie were detected in January in four migrants who had been recently transferred from the Tallahatchie County Correctional Facility in Mississippi, according to internal emails.

Tallahatchie, run by private detention company CoreCivic, has had five confirmed cases of mumps and 18 cases of chicken pox since January, according to company spokeswoman Amanda Gilchrist. She said no one who was diagnosed was transferred out of the facility while the disease was active.

“We are seeing migrants arrive with illnesses and medical conditions in unprecedented numbers,” McAleenan said at a press conference.

Operative word: “no one was transferred while the disease is active.” Sometimes you can’t tell if someone is sick until they’re actually sick.

Here’s the rub- the vaccination rate in Central American countries like El Salvador, Guatemala, and Honduras is about 90%. And yet the diseases continue at an alarming rate. As of mid-February, the facility at Pine Prairie noted that there were 288 people in quarantine. And for some, their court cases were canceled due to the outbreaks, adding to enormous backlogs. Facilities in Texas and Colorado also have had to quarantine individuals.

If one person is sick from something like Mumps or Chicken Pox, they and many others around them must be quarantined to prevent the spread of the disease. While most people recover from things like Mumps and Chicken Pox or even flu, complications can result. In recent years everything from Tuberculosis to scabies has been detected in migrants.

This isn’t the first disease outbreak among the migrants.  As reported by KFOX in El Paso Texas at the end of January

Around the same time, the border patrol (USBP) says they’ve had to transport 2,224 subjects (5.3% of all southwest border arrests for the same period) to local hospitals since December 22, 2018–that’s one month.

But…Democrats insist there’s no crisis at the border. With this disease problem, the 50,000 detainees, a backlog of court appearances, the thousands and thousands of illegals that put the US on track for 1 million by the end of the year… it sounds like a national crisis to us.