State Dept. Gets Around Iran Side Deal By Claiming Parchin Is NOT A Nuclear Site 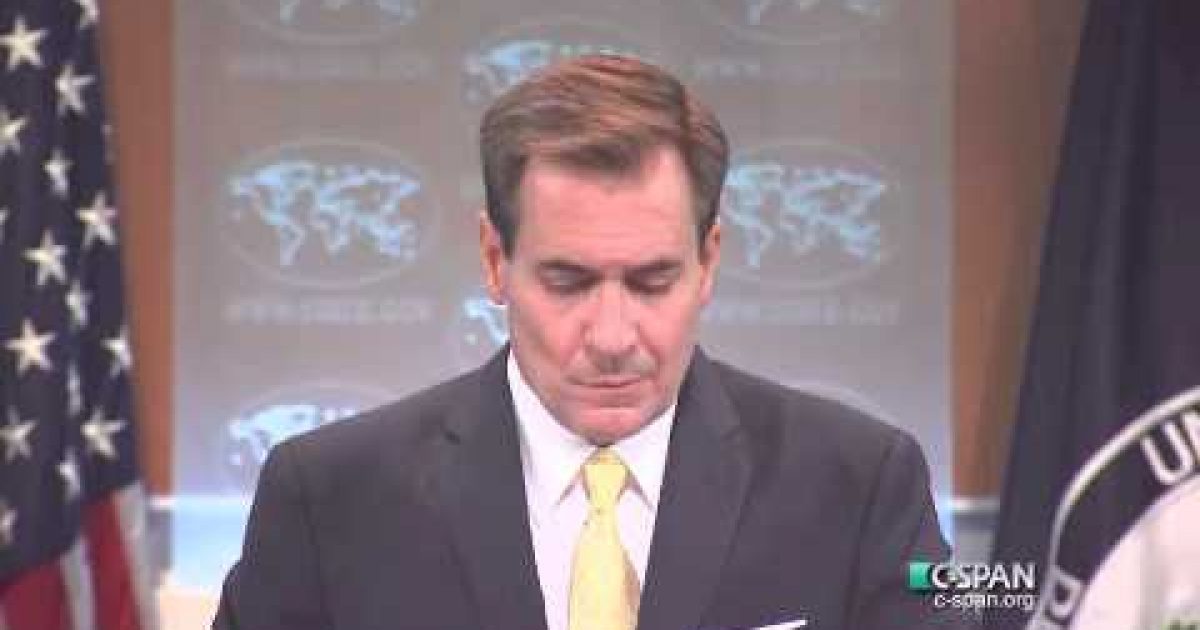 Inspections at Iran’s Parchin military base has been one of the most controversial elements of the P5+1 nuclear deal.  Now the State Department is trying to end the controversy by claiming the site where the rogue regime is developing its nuclear bomb triggers is simply a conventional army base.

At Thursday’s press briefing, Kirby was asked about the International Atomic Energy Agency (IAEA) report released earlier in the day, which says Iran appears to have built an extension to the covert site since May, in a possible covering up or expansion of its nuclear detonator testing at the site that the IAEA has reported on numerous times in the past.

“Since (our) previous report (in May), at a particular location at the Parchin site, the agency has continued to observe, through satellite imagery, the presence of vehicles, equipment, and probable construction materials. In addition, a small extension to an existing building” appeared to have been built.

Last week the AP released the text of a side deal between Iran and the IAEA which allows the terrorist supporting regime to self-inspect Parchin.

Perhaps as a response to the controversy over the location the Obama administration is now closing their eyes, clicking their heels together three times and wishing the problem away as State SPOX , said that in the framework the nuclear deal and the classified side side deal with the IAEA being hidden from Congress, “there wouldn’t be any IAEA or other restrictions on new construction at that site were they to occur.” Because the US govt. must believe Iran’s claim that Parchin isn’t a nuclear site. Even though they have admitted the bridge wire tests.

A reporter asked Kirby why Parchin would is in the IAEA report if It has nothing to do with Iran’s nuclear program, Kirby punted, told him to ask the IAEA. Per the side deal mentioned above,  the IAEA is seeking to clarify military aspects of Iran’s nuclear program including past nuclear detonator testing, which it has long warned Iran is conducting at Parchin.

The latest IAEA report includes data by several member states which show that Parchin may house hydrodynamic experiments to assess how specific materials react under high pressure, such as in a nuclear blast. Previous IAEA reports in (2011 and 2012) pointed to nuclear weapons development research conducted at the site.

But thankfully all of us in the U.S. can relax now, even the people of Israel will have a very good weekend now that we know that Parchin is no longer a nuclear site, that all the IAEA and US claims maid over past years do not matter, nor does Iran’s own admission, because a failed U.S. administration so desperate to have a foreign policy legacy closed their eyes and wished the truth away.