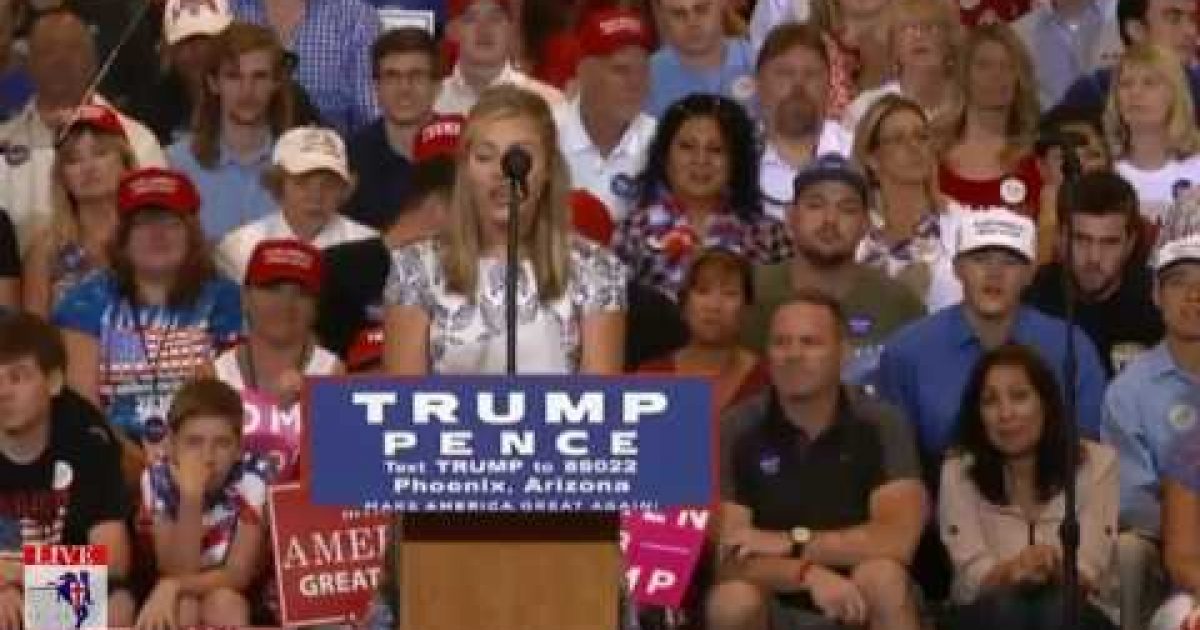 In an incredibly funny and yet sobering moment, a 13-year-old young lady took to the podium at a Phoenix, Arizona rally to support

Donald Trump and called out Hillary Clinton for her many lies.

“I bet if Donald Trump had a brick for every lie Hillary has told he could build two walls,” she told the enthusiastic crowd in attendance.

“As a thirteen year old even I know Hillary Clinton is working for her own success and ways to control my life, my family’s life and your lives… She wants to make it Hillary’s America… not The Peoples’ America,” she added.

Indeed, Hillary Clinton has told about as many whoppers in her lifetime as her husband Bill, whose famous lie was “I did not have sex with that woman, Miss Lewinsky.”  Her lies also compete in close proximity to those of Barack Hussein Obama Soetoro Sobarkah.

Clinton is surrounded by people that lie, including her campaign chairman.  She has told lies that resulted in the deaths of Americans.  She is a pathological liar.

There is definitely a great joke here that two walls could be built if Hillary’s lies were combined, but the sadder reality is that she’s even being considered for the White House.  In fact, it’s amazing that she can get any support.  Oh wait, perhaps the only support she actually has come from people she pays to support her, and even that seems to be with reluctance.

Reposted with Permission from Freedom Outpost.