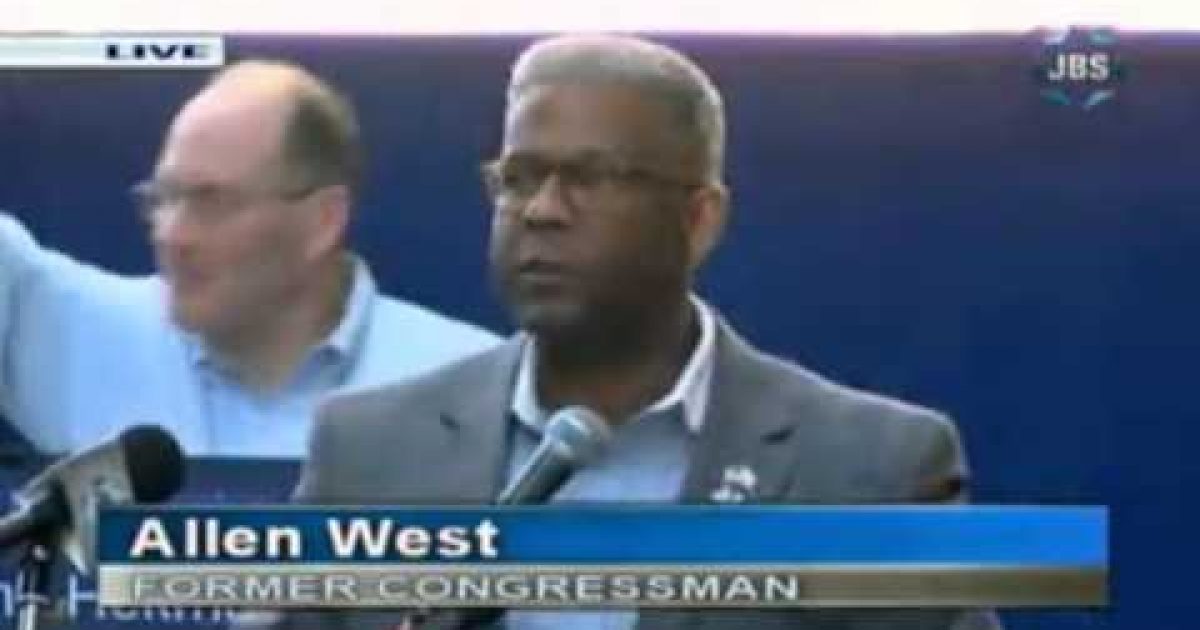 It was nothing short of incredible. More than 12,000 people attended Wednesday’s Stop Iran Now rally in Times Square, the heart of New York City. Actually it started in Times Square the supporting crowd stretched back six blocks from the epicenter of the rally. Some said it was the largest assemblage ever held in Times Square (other than New Year’s eve celebrations). The speakers were amazing, not only laying facts but even more important they motivated the crowd to continue to take action against the P5+1 agreement after the rally was over.

Along with President Obama, the primary target of the speakers was Senator Chuck  Schumer (D-NY), who is a key vote because of his leadership position in the party and his supposedly pro-Israel stance. If Schumer he rejects the agreement other senators will follow.

Rally Organizer Jeffrey Wiesenfeld was the event’s MC and also one of the best speakers of the night.  He set the tone of the rally by asking a number of times, “Where are you, Chuck?” He told the crowd about White House efforts to twist the arms of Democrats, and explained that the Obama administration has give a green light to “pro-Israel” Democrats to vote against the bill once they have enough votes in hand to pass it but they aren’t allowed to whip up support for the no votes.

Wiesenfeld also reported that the administration was meeting with Jewish organizations to get them to support the bill and already had a meeting set with American Jewish Congress. Although Wiesenfeld didn’t mention it, this group is ripe for the picking. Despite his track record of anti-Israel policies,  in 2011 they joined the ADL in telling American Jews not to criticize Barack Obama on Israel.  And the A.J. Congress’ Jack Rosen hosted a fundraiser for Obama‘s reelection at his NYC home.

“It will not be enough if those Congress members say they are opposing the agreement,” Wiesenfeld said they must actively try and kill it.  And to Schumer specifically, he demanded the senator round up votes against the bill, or “we will throw you the hell out (…) Chuck, this is your moment! This is your time to make the decision.”

Alan Dershowitz, famed law professor and noted supporter of Democrats made a passionate, albeit hypocritical plea for bi-partisanship. “It is a bad deal for Democrats. It is a bad deal for liberals. I am here opposing this deal as a liberal Democrat.” He said that Republicans must do their part to convince their leaders to support Israel, and that Democrats must do the same. A nice sentiment however Democrats like (and including) Dershowitz criticized Obama on Israel and Iran throughout his administration, except when the 2012 presidential election was near. That’s when they shut up and supported his reelection without reservation; giving Obama the confidence to continue his pro-extremist, concede to Iran, Middle East policies.

Lauri Regan, one of the parade organizers, spoke for the American captives. She angrily admonished the president for leaving them behind and forgetting their plight, “You couldn’t even pronounce their names properly.”

West started with a pointed challenge. Next time Iran chants “death to America” we need to answer, “you first!” The former Congressman from Florida followed with an impassioned speech which at times seemed to bring tears to his eyes (video of West’s speech is embedded below).

He asked the crowd, what is the message the United States is sending by negotiating with the “number one state sponsor of terrorism” and a country that is holding “four Americans hostage?” Answering his own query he said:

“No different than the last time we had a weakling in the White House when we had 52 Americans being held hostage,” he added, referring to the Iranian hostage crisis during the Jimmy Carter administration.

Answering President Obama’s claim that the only alternative to the P5+1 deal was war with patriotic message that was so powerful that it may have resonated all the way to Washington, D.C..

He criticized the president for sending a message by signing a deal which will allow Iran to become a world military power, while cutting America’s military to dangerously low levels.

West received the biggest cheers with his closing:

If people are upset because of what I’m saying, I really don’t care. Because I had a father that stood at World War II. I had an older brother who stood and was wounded at Khe Sanh. I gave 22 years of my life to make sure that that great beacon of liberty, freedom and democracy continues to stand. And I have a nephew, I have friends that are still serving on the front lines, and my commitment is to the oath that I took on 31, July, 1982, to support and defend the Constitution of the United States of America against all enemies, foreign and domestic, and our true faith and allegiance to the same. And not to anyone’s historic event, it’s not for anyone to have some special exhibit on their presidential library, it’s to make sure that the enemies of America, and the enemies of Israel are crushed and brought to their knees. God bless you all, God bless America, God bless Israel!”

Caroline Glick’s speech was almost as fiery as Allen West’s. She began saying she came to the rally:

“From the eternal capital of the Jewish people, Jerusalem. And one thing’s for sure we came home after two thousand years of yearning and we aren’t going anywhere. And to all the mullahs in Iran, all the ayatollahs and their friends in Hamas, in Hezbollah, we’re not going anywhere, Am Yisrael Chai [the nation of Israel lives]!

Glick gave the crowd two points to remind Chuck Schumer about deal. The first of which was the agreement:

“Gives the mullahs $150 billion as a signing bonus, one-hundred-and-fifty-billion -dollars. As my grandmother in Brooklyn would have said, that’s real money. That’s real money that you’re putting the hands of murderers! That you are putting in the hands of people who every day chant, death to America and stomp on the flag of the United States!”

The second point was that even if Iran abides by the agreement, “in ten years’ time it can build nuclear weapons at will and we’re not even talking about cheating.”

“So Senator Schumer, Representative Nadler, Representative Engle, what don’t you understand, what do you need to study, what isn’t clear here? Is there a question of what you must do if you wish to raise your hand in public and say, I am a man of honor?

No question. No details! Look at the big picture!  You know what to do, unless you have no honor and no shame!”

“Tell your lawmakers. Tell your friends. Tell the President of the United States to kill this deal. To preserve life, to preserve liberty, to preserve freedom, this deal must be killed. Thank you, God bless America, Am Yisrael Chai.”

The rally ended at 8:30 after the NYPD gave the organizers and extra hour over their permit  as many of the speakers ran over their allotted time. During the closing rush, the final three speakers were called up at once to deliver a trimmed down message.

In the end it was a great start, a giant crowd excited by the speakers to do what Frank Gaffney founder of the Center For Security Policy told them to do, “Urge Congress to kill this deal before it kills us.”

Who Do They Think That They Are Talking To?
January 15th, 2021 Sons of Liberty Media

Florida Congressman Calls Democrats out on their Hypocrisy
January 15th, 2021 The Real Side With Joe Messina